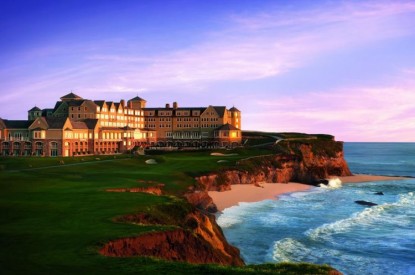 The International Association of Gaming Advisors (IAGA) will hold its 38th Annual International Gaming Summit June 4 to 6 at The Ritz Carlton Half Moon Bay in Northern California.

Covering topics ranging from the impact of the recent US Department of Justice revised opinion on the Wire Act of 1961, the increasing shareholder engagement impacting global casino companies, and how cutting edge technologies like AI and others are being used to minimize and combat financial crime and provide better identification and treatment of problem gaming, the Summit provides operators, suppliers, attorneys, investors, bankers, regulators and other advisors an unparalleled opportunity to meet and discuss the top issues facing gaming today.

Summit Keynote Speakers Announced On Tuesday, June 4, the Summit will open with a fireside chat with former US Attorney General Eric H. Holder, Jr. who will explore the challenges that arise because of the US’s federal and state governmental framework, sharing his thoughts on the country’s current state of gaming laws and regulations beginning with the DOJ’s recent opinion and touching on the Senate’s proposed legislation on sports integrity, the growing legalization of marijuana and more. Since leaving office, Mr. Holder has been a partner with Covington & Burling and advises clients on complex investigations and litigation matters, including those that are international in scope and involve significant regulatory enforcement issues and substantial reputational concerns. Mr. Holder, who was a partner at Covington from 2001 to 2009, rejoined the firm after serving for six years as the 82nd Attorney General of the United States. He will be interviewed by Mark Dunn, Executive Vice President and General Counsel for Aristocrat.

On Wednesday, June 5, American Gaming Association President and CEO Bill Miller will address the Summit delegates on the current state of the US gaming industry, touching on key issues facing gaming regulation, responsibility and sports betting. Mr. Miller has more than three decades of experience on Capitol Hill and representing business interests in Washington. Before joining the AGA in January 2019, he served as Senior Vice President at Business Roundtable, overseeing
all outreach to Capitol Hill and the Administration on behalf of the association of chief executive officers of leading US corporations. Before his six-year stint at the Roundtable, Miller held leadership positions at Brunswick and the US Chamber of Commerce, where he led the business community’s political program for 13 years.

Finally, on Thursday Juan Espinosa Garcia, the Director-General for the Spanish Directorate General for Gambling Regulation, will open the day with an address focused on using advanced technology to identify problem gaming behavior and using the information to improve at-risk gambler support. Drawing on his years of experience as a regulator, DirectorGeneral Espinosa will discuss what these innovations mean for regulators and how companies can incorporate and monetize these dimensions to improve performance. Director-General Espinosa’s comments will also consider whether using advanced technologies to improve responsible gaming effectiveness is a matter of regulation, of corporate social responsibility, or of both. Prior to his appointment as Director-General, Director-General Espinosa was Deputy Director General for Gambling Regulation and also has extensive professional practice in the field of design and analysis of regulation for all sectors of economic activity, as a consequence of his five year tenure as Deputy Director (Relations with Public Administrations) at the Advocacy Division in Spain´s National Competition Commission.

IAGA President John McManus, Executive Vice President, General Counsel and Secretary for MGM Resorts International, commented: “We are very pleased to have such a distinguished line-up of keynote speakers addressing our delegates this year, and I’m confident that our attendees will gain a wealth of knowledge from each speaker’s individual insights and experiences. Additionally, our compelling Summit program focuses on numerous internationally-relevant gaming issues, and each panel discussion is supported by industry leaders with expertise specific to the topic at hand. I’m looking forward to welcoming our 2019 delegates to Half Moon Bay.”