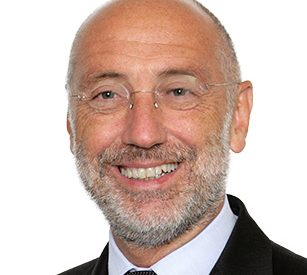 Lottery growth in North America and Italy have helped International Game Technology to grow revenues by one per cent to $1,285m from $1,274m in the second quarter of 2015.

“Robust growth in our global lottery operations, notably in Italy and North America, and the resilience of our global gaming business are the key takeaways from our second quarter results,” said Marco Sala, CEO of IGT. “Service revenues, which account for the bulk of our business and are mostly supported by long-term contracts, rose a solid 6% at constant currency in the period. We are making good progress implementing our strategy of developing innovative content and technology that we can leverage across gaming platforms and around the world. We look forward to showcasing the full scope of our new gaming and lottery offerings at high-profile trade shows later this fall.”

“This is our third consecutive quarter of year-over-year adjusted EBITDA growth,” said Alberto Fornaro, CFO of IGT. “A solid increase in service revenue, additional synergy savings and disciplined operational management all supported significant operating cash flow generation during the quarter. As a result, we maintained a stable net debt and leverage profile in the period when we paid the largest instalment of the upfront Italian Lotto concession payment.”

North America Gaming & Interactive revenue was $350m compared to $353m in the second quarter of 2015.

DoubleDown revenue was down modestly from the prior year.

International lottery service revenue of $70m was 10 per cent higher than the prior-year period at constant currency. Same-store revenue growth of 2.2 per cent was supported by strength in Latin America and Eastern Europe, partially offset by weakness in the United Kingdom. Lottery service revenue also benefitted from a higher effective rate in the period. Lottery product sales were below the prior-year period, which included large terminal and systems sales in South Africa.

International gaming service revenue was $46m compared to $50m in the second quarter of 2015. At constant currency, International gaming service revenue was flat, with EMEA performance offsetting a lower Latin America installed base. Revenue from gaming product sales declined from the prior-year period. The segment shipped a total of 2,989 gaming machines during the second quarter of 2016 compared to 3,929 units in the prior-year period, which benefitted from higher sales of new and expansion units.

Italy revenue was $443m, six per cent higher than the second quarter of 2015.

Total Lotto wagers in the quarter were €2,056m, a 19 per cent increase over the prior-year period, when wagers had already posted 11 per cent growth. Strong Lotto performance was achieved with double-digit expansion for 10eLotto and a significant contribution from late numbers. Excluding late numbers, Lotto wagers increased seven per cent over the same period last year. Instant-ticket wagers were flat at €2,200m.

Operating income for the Italy segment was $161m, 14 per cent higher than the second quarter of 2015. The increase in operating income was mainly attributable to strong lottery and gaming performance, a shift in timing of certain marketing expenses, and a multi-year value-added tax (VAT) credit. These benefits were partially offset by higher Stability Law taxes.