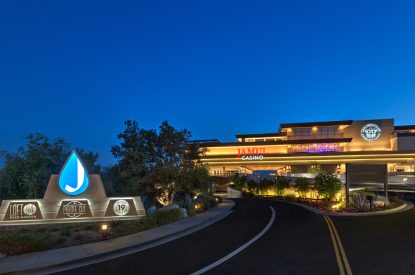 After launching in October 2016, Jamul Casino will mark its fifth anniversary this month as a recognised gaming industry leader. In its short existence, the casino has achieved a number of significant milestones, including a management transition, re-branding, new signature amenities, and more. The casino will celebrate its successes over its first five years with a number of public and private events on October 8 and 9, 2021. With free food, live entertainment, and thousands of dollars’ worth of giveaways, the 5th Anniversary Celebration will offer specially curated excitement for Casino guests.

Erica M. Pinto, Chairwoman of the Jamul Indian Village, said: “Over the past five years, Jamul Casino has focused on innovation and re-investment in our future. Together with our tribal leadership, outstanding management team, valued employees and loyal guests, we look forward to continuing our success and being a leader in the community. And we’re just getting started.”

Since its opening in October 2016, Jamul Casino has celebrated a number of major achievements on its path to success:

In May 2018, the Jamul Indian Village assumed management of the casino. This significant transition meant new leadership and a rebranding inspired by the Tribe’s focus on being genuinely generous, friendly, fun, and true to its roots.
In February 2019, Jamul Casino opened its Poker Room. Many of the game’s greatest players such as poker pro Tiffany Michelle and local celebrities like Charlie Joiner, Rollie Fingers, and Jim Laslavic have competed in the Poker Room. Since its opening, millions of dollars have been awarded to Jamul Casino’s poker champs.
In May 2020, after closing due to the COVID-19 pandemic and spending countless hours developing procedures that met or exceeded all guidance from state and local health officials, Jamul Casino became one of the first casinos in the nation and the second in California to re-open. Jamul Casino’s protocols became THE gold standard in industry best practices for COVID safety.
In July 2020, Jamul Casino opened The Rooftop, and became one of East County’s top destinations for weddings and events.
And continuing into 2021, Jamul Casino continues to improve its standing as the best place in San Diego for gaming entertainment with property improvements such as new carpet, a redesigned Marketplace, and enhancements to its High Limit and Poker Rooms on the way.
5th Anniversary Events Open to the Public
The Casino’s 5th Anniversary Celebration will feature several events open to the general public, including:

A cake-cutting ceremony in the JIVe Lounge on Friday, October 8, 2021 at 4pm, with remarks from Casino and Tribal leadership and free cake pops for all in attendance.
$30,000 Anniversary Hot Seat on Saturday, October 9, between 12pm and 5pm. A randomly-selected slot player will win $500 in free slot play every five minutes.
Live Entertainment all day on Saturday, October 9, featuring DJ Marc Eazy, Psydecar/B-Side Players, DJ Yuko, and the 80z All-Stars.
5th Anniversary VIP Invitation-Only Events:
Jamul Casino will also be hosting a number of events for VIP members of its Sweetwater Rewards program on Saturday, October 9, including:

A Taste of Jamul at Tony Gwynn’s Sports Pub from 3pm – 7pm, featuring Herb-crusted Prime Rib, Salmon Dynamite, and Fried Lobster; with live entertainment by Sir Stryker.
The Pointer Sisters Concert at 8pm on The Rooftop.
Joining Sweetwater Rewards is free and allows its members access to benefits such as discounts on dining and merchandise, promotional offers, free valet, and more. Through their play, members earn tier credits, moving toward increasingly higher levels of benefits.