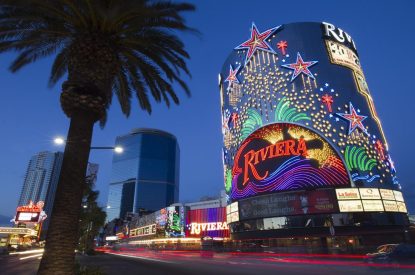 The Las Vegas Convention and Visitors Authority (LVCVA) Board of Directors have unanimously approved the sale and licensed use of a ten-acre parcel of land located at Las Vegas Boulevard and Elvis Presley Boulevard for $120m to CB Investment SpA, a company owned by South American businessman and casino developer Claudio Fischer. The ten acres had served as a portion of the land of the former Riviera Hotel.

The agreement to sell requires the development of a resort or hotel operation on the parcel of land. The LVCVA retained CBRE Group, a commercial real estate services and investment firm, to sell the parcel.

The LVCVA board CEO Steve Hill said: “We had an illuminating time with Mr. Fischer. We got to see his flagship property (Monticello Grand Casino) south of Santiago and the impressive operation he has there. It’s a beautiful property, with a convention center, arena, hotel, and casino on a great site.”

“Claudio has been interested in Las Vegas for some time,” Hill said. “Several of our companies here in town know Claudio to be a very credible operator whom we would welcome to Las Vegas,” Mr Hill added. “We think Claudio would be a great neighbour.”

“He’s been in the gaming industry since 2000, so he has more than 20 years of experience,” Hill said. “He’s a co-founder with his brother of (casino operator) Sun Dreams, the largest resort-casino operator in Latin America with 19 properties in Chile, Argentina, Panama, Colombia, and Peru; they reached an agreement that has not closed yet to merge with a company called Enjoy, in which they’ll be the majority owner of the combined operation. At that point, it will be about 75 per cent of the gaming market in Latin America.”

The LVCVA’s land acquisitions on the Las Vegas Strip date back to 1993, when it purchased the 20-acre Landmark Hotel site. The adjacent 26-acre Riviera Hotel site was purchased in 2015. Additional acquisitions in 2018 and 2019 resulted in an additional 9.6 acres, paving the way for the Las Vegas Convention Center’s $1bn West Hall expansion, which debuted in June 2021.