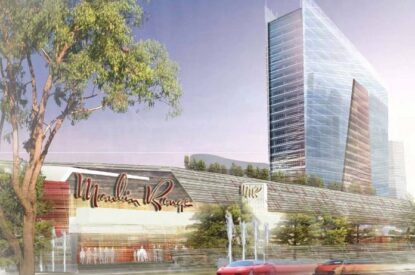 The Moulin Rouge in Las Vegas could be reborn after a group of investors called Moulin Rouge LLC bought the 15-acre site for US$9.5bn.

Plans for the once iconic casino, which closed in 1995, would see $1.6bn being spent on a 400-room tower, a 25,000 sq ft casino, two restaurants, convention space, and poolside nightclub and sportsbook with the first phase costing $400m. The developer wants to spend a further $1.2m on adjacent land in order to increase the property’s retail and entertainment amenities whilst adding a 12,000-seat arena.

The new casino would also make use of the historic Moulin Rogue neon signs as well as parts of the original casino facade.

The new Moulin Rouge would be the centrepiece of what Moulin Rouge LLC Principal Scott Johnson describes as Uptown Las Vegas.

“The rest of Las Vegas has passed on that side of town,” he said.

Gene Collins, another principal for Las Vegas Moulin Rouge LLC, added: “When people see the Moulin Rouge is being developed, all around the world, people will want to come to Las Vegas. It’s not a Westside thing, it’s an international thing.”

Opened in 1955, the original $3.5m Moulin Rouge Hotel was the first desegregated hotel and casino in Las Vegas. As such the developers want to include a 5,000-square-foot historical museum as part of Phase I.