US – Louisiana sports betting could generate $2.5bn of bets each year 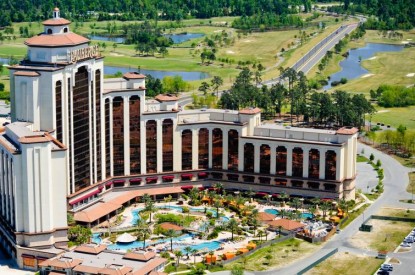 Louisiana will open the doors to a sports betting industry that will use rich natural advantages to one day turn the state into a market that will attract more than $2.5 billion in annual sports wagers and more than $200m in operator revenue, according to estimates by PlayLouisiana.

“Louisiana should be able to outperform its relatively small population,” said Eric Ramsey, analyst for the PlayUSA.com network, which includes PlayLouisiana.com. “In fact, as a market Louisiana shares many of the same attributes that have made New Jersey and Nevada sports betting meccas. The state has long been home to a thriving casino industry, New Orleans itself can draw tourists from all over the country, and Louisiana is not bordered by another state that offers both retail and online sports betting.”

Gov. John Bel Edwards is expected to sign the bill that will legalize retail and mobile sports betting across the state. Currently, 21 states and Washington D.C. have an active legal sports betting industry in some form, and Louisiana would be joining nine other states that have approved sports betting in some form and are preparing for launch later this year or next.

With a population of more than 4.6 million people, Louisiana should generate $2.5bn in retail and online sports wagering by the market’s third year, according to PlayLouisiana projections. Assuming an approximate eight per cent “hold,” which is the percentage sportsbooks keep after paying out winning bets, those wagers would produce $200 million in operator revenue. The bill calls for a 15 per cent levy on online bets and 10 per cent rate on retail betting. At that rate, online and retail sports betting would yield as much as $30 million in taxes annually.

Among states with an active sports betting industry, Louisiana most closely compares to Colorado, which is home to 5.8m people. Colorado launched its industry under difficult circumstances in May 2020, but still managed $2.3bn in wagers and $147.4m in gross gaming revenue in its first year.

Louisiana is a smaller state, but it has the potential to drive significantly more wagering than its population might suggest. One of those attributes includes the unique structure of Louisiana’s sports betting bill, which will allow sports wagering kiosks to be placed at thousands of bars, restaurants and truck stops across most of the state. Its balanced tax rates will be appealing to operators, too, which will make it more likely that there will be enough demand to reach the state’s ceiling of 41 sports betting apps.

“The basic framework will be appealing for sportsbook operators, and that will help the state reach its potential,” said Dustin Gouker, lead analyst at PlayUSA.com. “Even more, Louisiana set up a relatively open and competitive market, which benefits consumers while making the industry a reliable revenue producer for the state for years to come.”

Louisiana will also benefit from an already large in-flow of tourists, particularly to New Orleans. Also, New Orleans is particularly appealing as a sports tourism market with fans regularly traveling from all over the country for special events such as college bowl games, the Super Bowl, and the NCAA Tournament, in addition to regular season games. In addition, Louisiana’s neighbors — including in Texas — will regularly travel across the border to place a bet.

“New Orleans is one of the most popular tourism destinations in the U.S., and the regular flow of tourists from neighboring large cities like Houston, and even a legal betting state such as retail-only Mississippi, should be a boon initially,” Ramsey said. “Also, the state is home to passionate local fanbases, which is a help for any market. The bottom line is that most markets in the US are without Louisiana’s collection of positive attributes.” 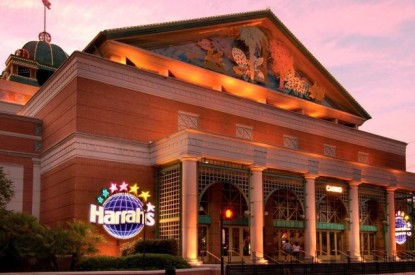