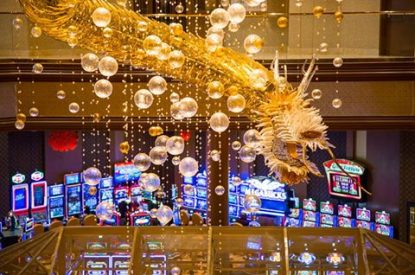 The troubled Lucky Dragon casino in Las Vegas has sold at auction for $35m with a single bid coming in from the closed casino’s main lender Snow Covered Capital.

Before the auction, over 80 prospective buyers signed nondisclosure agreements but despite around 30 other people gathering for the auction, no one made a competing bid for the two-year-old property.
The Asian-themed casino, which is located at Sahara Avenue just west of the Strip, cost $160m to build in November 2016 but closed in January 2017.

Snow Covered Capital is owned by San Francisco developer Enrique Landa. He described Lucky Dragon as ‘a very well-built property’ that ‘did not have the right business plan.’

“We think it has a bright future, and in the hands of the right operator, I think this will be very successful,” Mr. Landa said to the Las Vegas Review Journal.

Michael Brunet, a consultant for Snow Covered Capital, said the plan was now to find a ‘new owner’ for the property with the hope that potential suitors will have more time to better research the casino, agree financing deals and devise business plans.