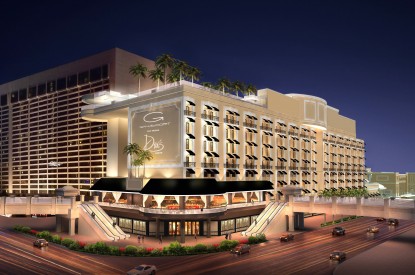 Caesars Entertainment is severing its agreement with Gansevoort Hotel Group to develop Bill’s Gamblin’ Hall & Saloon into a lavish hotel on the Las Vegas Strip.

Caesars Executive Vice President Jan Jones confirmed the decision which came just a few days after Caesars was dropped from a racino plan in Suffolk Downs. During a background check of Caesars’ business partners, Massachusetts investigators uncovered an investor in New Gansevoort who was alleged to have ties to organized crime in Russia. Caesars will move on with the project which will be renamed.

Jan Jones said: “We look forward to welcoming guests on schedule in early 2014,” she said.

Gansevoort president Michael Achenbaum added: “We have worked diligently to create one of the projects of which we are most proud. However, in order to minimise any controversy for Caesars, we have agreed to end our role in the Las Vegas project. We would have expected a serious government agency to act on the basis of substantiated fact, not rumour or innuendo previously printed in gossip columns. No new facts have arisen since we passed the internal gaming compliance process of Caesars prior to the execution of our agreements.”