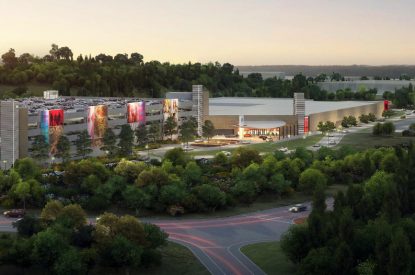 Connecticut’s two Native American tribes, the Mohegan and Mashantucket Pequot tribes, have confirmed they are dropping plans to build the jointly-owned Tribal Winds casino in East Windsor, as they look to focus on their existing casinos in face of the coronavirus pandemic and in the hope of seeing sports betting introduced across the state.

In a joint statement, the Mashantucket Pequot Tribal Nation and Mohegan Tribe said they need to focus ‘for the foreseeable future’ on Foxwoods Resort Casino and Mohegan Sun, which have seen ‘unprecedented challenges’ over the past seven months.

They stated: “Every day brings new challenges and we’re doing our best to navigate these waters because we know how important our businesses are to the surrounding communities, our employees and the state as a whole. The best thing we can do right now for each of those stakeholders is to focus foremost on the success of Mohegan Sun and Foxwoods. We’ve been through so many ups and downs when it comes to the Tribal Winds project. There have been many moments where it was clear the easiest path would be to just walk away. And while there’s no way we could have accounted for this latest delay, we still believe Tribal Winds is a viable project that will come to fruition once markets improve and we’ve taken concrete steps toward restoring normal business operations.”

Both Foxwoods and Mohegan Sun casinos have been operating at only 25 per cent capacity with Foxwoods furloughing 100 members of staff and reducing operating hours last week.

Governor Ned Lamont wanted the tribes to shelve plans for the East Windsor project to avoid litigation from MGM Resorts International, which would only have delayed the introduction of sports betting.

He said: “It was a source of aggravation to some of the outside casino places that had objections there. We’re trying to reach an accommodation where we can get sports betting and even iGaming going in the state — doing it in a way that doesn’t prompt a litigation war of sorts, and we’re trying to work that through. It’s going to take a little bit longer.”

Rodney Butler, Chairman of the Mashantucket Pequot tribe, added: “The easy solution, in the interim, if we can’t figure out all the bigger gaming issues, would just be to have sports betting at Mohegan and Foxwoods, and then we can save the more difficult conversations for down the line,” he said.

Rep. Sean Scanlon believes sports betting will be approved in 2021 due to ‘overwhelming bipartisan support to get this done.’

“The tribes understand that because the economy has changed,” he said. “More and more people in the legislature, and certainly in the executive branch, are aware of the fact that our neighbours are doing it. I think that the stars are aligning.”