US – Mohegan pledge for Catskills 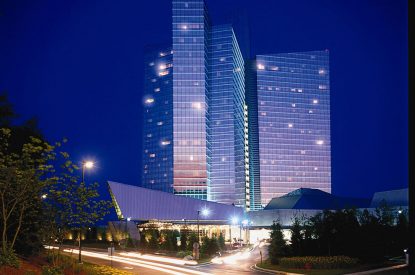 Mohegan Sun is offering to dedicate a percentage of all its revenues to a fund to promote tourism in the Catskills if it wins the right to build a casino in New York state. Mohegan Sun’s proposed casino would be developed on the site of the former Concord Resort in the Catskills. “We will certainly want to welcome back to the Catskills those who themselves, or through their parents and grandparents, have such fond associations with the Catskills in its heyday, but more critical will be ensuring generations of new visitors,” Mohegan Sun C.E.O. Mitchell Etess said in an update to the company’s casino license application sent to the state’s Gaming Commission on Monday.

“To that end, and to promote the new concentration of gaming and entertainment amenities at the Concord, we are pledging to dedicate a portion of our gross gaming revenue annually—0.5%—to a new marketing and tourism fund to focus on the Catskills and Hudson Valley region as a gaming and entertainment region, and we will encourage others to participate to maximize the program and its impact,” Etess said.

The company is one of 16 bidders vying for the right to build one of four casinos allowable under a change to New York’s constitution passed into law last year. Mohegan Sun, the Connecticut-based Native American owned casino company, is also trying to win the right to build a casino in the lower Hudson Valley, where the competition among potential licensees is fierce, and there have so far been nine different bids for just two available spots.

The Gaming Facilities Location Board, the five-member panel tasked with deciding which companies should receive the four casino licenses, has said it hopes to decide how to award the licenses within the coming weeks.