US – Nevada’s GGR down by 22.4 per cent but September is best month since reopening 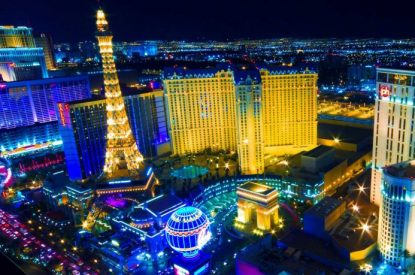 Nevada casinos have managed to narrow their losses on last year with September’s revenues coming in as the highest since gaming floors reopened in June.

The Nevada Gaming Control Board confirmed that the state’s casinos brought in a total of $821.1m in GGR, 22.4 per cent short of September’s figures, but surpassing August 2020’s total by $82m.

The picture wasn’t anywhere near as promising on the Las Vegas Strip with the $354.7m of GGR, down 39.1 per cent on last year’s September figures.
Whilst marking the seventh consecutive monthly revenue loss, Strip casinos generated $38m more than they did in August, a 12 per cent month-to-month increase.
Baccarat was down 88 per cent, year-on-year to just $12.7m on the Strip with blackjack falling by 27 per cent to $43.2m. Craps was down 19 per cent to $22.3m with slots down 27 per cent to $96.4m.

NGCB Senior Research Analyst Michael Lawton said: “Since June, when gaming resumed, the state is down 29.2 per cent. The Strip accounted for 96.3 per cent of this month’s decrease, and since reopening in June, the Strip is down 45.2 per cent.”

Nevada sportsbooks handle was up five per cent in September at $572.2m with sportsbooks winning $32.9m, a fall year-on-year of $19.2m or 36.8 per cent. Mr. Lawton pointed out that there was one less weekend of NFL in this year’s September figures.

“Additionally there was no pre-season (small in volume), and a fragmented start to college football. In addition to the lower betting volumes, football held only 4.81 per cent vs. 10.35 per cent last year,” he said.

“Statewide, sports betting win was off nearly 37 per cent from last year — not a particularly strong number given the number of major sporting events going on,” Brent Pirosch, a CBRE gaming analyst, added.

Fitch Ratings recently said it doesn’t see Las Vegas bouncing back for quite a while.

“A full recovery to pre-pandemic levels is not expected until 2024,” Fitch analysts said. “The Las Vegas Strip will experience the slowest recovery relative to other major gaming markets and segments globally.”