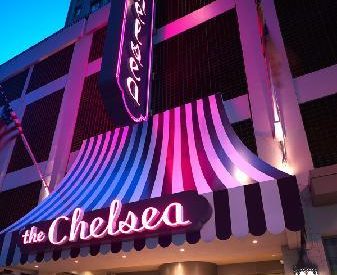 As Atlantic City looks to rebuild after the closure of four, potentially five casinos, a bill to allow boutique casinos, first attempted in 2011, is back on the agenda with one key difference, operators wishing to develop smaller casinos will no longer have to build them from the floor up.

A Senate committee has approved a bill that will allow existing non-casino hotels to convert into smaller-scale casino. One hotelier has already confirmed it is interested in operating a boutique casino with Curtis Bashaw, Managing Director of the Chelsea hotel confirming he would be interested in diversify into gaming with the addition of a small number of tables and slots. Its owners Cape Advisors opened the Chelsea in 2008, replacing the Holiday Inn and Howard Johnson hotels in a $112m overhaul.
“We think it’s a good idea to diversify the gaming product in the market,” said Mr. Bashaw. “Atlantic City needs new tools in its tool chest.”

The Chelsea had wanted to add a casino in 2011 but was prevented by laws stating that any boutique casinos had to be new builds. Hard Rock International pushed forward with a new build project only to pull out before any commitment had been made. The Chelsea has now confirmed it would now be looking to transform its fifth floor into a small gaming floor to add to its dining and nightclub facilities.
The new law has also changed meaning that boutique casinos no longer have to expand into a larger facility having a minimum of 500 hotel rooms. Currently, Atlantic City’s casinos must have a minimum of 500 rooms. Senate President Stephen Sweeney, a leading advocate of the new law, said: “As we work to help Atlantic City gain financial stability and to help the casino industry recover, we have to be resourceful and creative. By definition, this bill addresses a small-scale casino license, but it can help, so we should get it done. Allowing renovated buildings to be used for a smaller, boutique casino just makes good sense economically.”

The amendment to the law follows the proposal of a tax assistance bill, aiming to lessen the tax burden for Atlantic City’s struggling casinos. However one casino, The Golden Nugget, has said it will sue if the plan is approved as it would lead to a dramatic increase in levels of taxation. Another two of the small casinos would be worse of whilst the bigger casinos would benefit greatly.

An Atlantic City casino that says its taxes would rise dramatically under a proposed tax assistance bill designed to help save the struggling seaside resort town says it will sue to block the plan “and blow this whole thing up.”

The Golden Nugget said Thursday its calculations of the amount each casino would pay under a proposed payment in lieu of taxes drastically raises taxes for it, Resorts and Bally’s, three of the city’s smaller casinos,- while giving huge tax breaks to big casinos owned or soon to be owned by billionaire Carl Icahn and gambling giant Caesars Entertainment.

The Golden Nugget’s Steve Scheinthal likened the bill to Robin Hood adding that instead though it would be stealing from the poor to give to the rich.