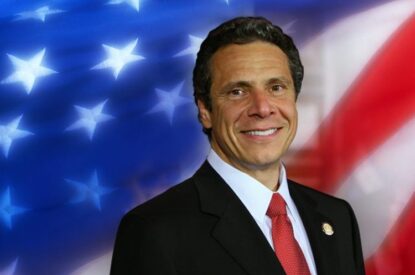 Having teased sports betting operators with a brief mention that the mobile industry could bridge the gap in New York’s budget gap before Christmas, New York Governor Andrew Cuomo has now given a much more detailed statement on the sector’s future in the Empire State.

However, the suggestion of using a single source model, meaning only one sports betting operator would be involved, has already drawn criticism. Governor Cuomo wants New York to adopt a similar model to Washington D.C.’s GambetDC where Intralot is the only sports betting platform. Whilst a single-source model gives direct revenues to governments, it is also seen by most to limit the success of a market.

Governor Cuomo confirmed that legislation to authorise mobile sports wagering would be included as part of the 2021 State of the State. Under Governor Cuomo’s proposal, the New York State Gaming Commission will issue a request for proposals to select and license a sports operator or platform to offer mobile sports wagering in New York. This operator or platform must have a partnership with one of the existing licensed commercial casinos. The Commission will also require any entity operating mobile wagering apps include safeguards against abuses and addiction.

If the opportunity was open to only the four upstate commercial casinos, only the operators there FanDuel, DraftKings, BetRivers and IGT would be allowed to compete for the license.

New York Governor Andrew Cuomo said: “At a time when New York faces a historic budget deficit due to the COVID-19 pandemic, the current online sports wagering structure incentives a large segment of New York residents to travel out of state to make online sports wagers or continue to patronise black markets,” he added. “New York has the potential to be and by legalising online sports betting, we aim to keep millions of dollars in revenue here at home, which will only strengthen our ability to rebuild from the COVID-19 crisis.”

New Hampshire, Virginia and Tennessee all operate sports betting through their lotteries but each also allows online skins. Lawyers immediately claimed the lottery-run plan in New York would need a change to the Constitution.

Sports betting legal analyst Daniel Wallach said: “If the state government is to be authorised to run a program in which it accepts wagers on the outcome of professional athletic contests, either single contests or multi-contest parlays, such authorisation can only be acquired through an amendment to the Constitution. A proposal authorising the Division of the Lottery to conduct a game in which bets are placed on the outcome of pro sports events would require an amendment to the State Constitution in order to be implemented. The New York Constitution, courts and statutes have historically distinguished between lotteries and wagers on the outcome of sporting events.”

Sports wagering is now legal online in 14 states, including the bordering states of New Jersey and Pennsylvania, while it is only legal in New York at the four Upstate commercial gaming facilities and Native American gaming facilities. An industry study found that nearly 20 per cent of New Jersey’s sports wagering revenue comes from New York residents, costing the State millions of dollars in lost tax revenue.

Chad Beynon, an analyst with Macquarie Securities said of the New York opportunity: “We believe the Governor’s statement vindicates our bullish view that online sports betting/iGaming/iLottery will see greater support on the back of growing state deficits. New York represents one of the most attractive sports betting states given its large population, high income, and sports culture. That said, New York sports betting gaming revenue has lagged that of neighbouring states such as New Jersey and Pennsylvania, given a lack of mobile offering.”

BetMGM CEO Adam Greenblatt said: “Legalising sports betting has the potential to bring leaking tax dollars back to New York from offshore books and nearby states. We’re eagerly awaiting next steps and have every intention of working closely with regulators in New York to bring BetMGM’s leading digital offering to the state.”