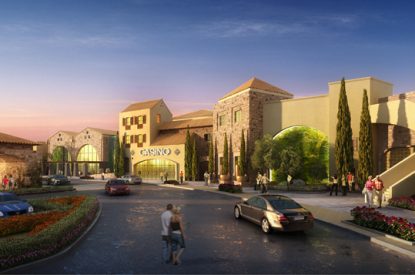 New York’s Gaming Facility Location Board has awarded three casino licences rather than the four expected with Rush Street Gaming and the Galesi Group, Empire Resorts and Wilmorite all winning the right to develop resort casinos in the Catskills, near Albany and on the northern tip of the Finger Lakes.

Big name operators such as Caesars Entertainment, Hard Rock, Mohegan Sun and Genting were overlooked in the process.

The board revealed it had opted for just three approvals to give the successful applicants a better chance of survival. It rejected six applications in Orange County, the region nearest to New York City, in favour of a single resort in neighbouring Sullivan County.

Panel Chairman Kevin Law said: “We have sought to select those proposals that would maximise prospects for sustained success and be in the best overall position for the state of New York.”

Rush Street Gaming and the Galesi Group will spend US$300m on developing Rivers Casino, a 150-room hotel with restaurants and a banquet hall at the Mohawk Harbor development in Schenectady near Albany. Rivers Casino will have 1,150 slot machines and 66 table games.

Empire Resorts will spend more than double that, $630m in Montreign where it will build Adelaar, a resort with a 391-room hotel, golf course, restaurants and entertainment rooms. It will have 61 tables, 2,150 slot machines.

“It’s a great day for Empire Resorts, the resilient residents of Sullivan County, and our co-developer EPR Properties,” said Emanuel Pearlman, Empire’s Chairman. “Today’s decision by the Board is an important next step as we finalise our plans to attract tourism to Upstate New York and create thousands of good paying jobs as well as new revenue for local businesses. We thank the Board for their hard work in vetting these applications, and their decision is very much valued and appreciated. After receiving all final regulatory approvals, we will break ground as soon as possible on what will truly be a Catskills destination reborn.”

Empire will build the casino on the former Concord Hotel in the heart of the Catskills in Thompson, Sullivan County. It already operates Monticello Racetrack a VLT operation. The new casino will be known as Adelaar, a $1bn resort casino.

Charles Degliomini, Empire Resorts’ Executive Vice President, said: “It’s a great day for Sullivan County. It’s a great day for our company. Clearly the facility location board took consideration of the economic impact and thought about sustainability and market share, and they made a great decision.”
The family trust of KT Lim, Genting’s chairman, has a controlling stake in Empire Resorts. Genting operates the Aqueduct Race Track VLT facility in Queens.

Thomas Wilmot, Director of Lago and Wilmorite Chairman, said: “We are ready to put shovels in the ground and start building this phenomenal resort and casino, that will be a gateway bringing new visitors to the magnificent Finger Lakes region of New York.”

The three casinos are expected to generate over $300m in new tax revenues.

State Senator John Bonacic, a Republican in the Catskills, said: “For 50 years, the Sullivan County Catskills have sought gaming as a way to grow our tourism-based economy and now that moment is here.”
Operators will have to pay a one-off licensing fee of $20m to $70m, depending on the location.
The casinos are expected to open by the end of 2017.