US – NIGA adds weight to US sports betting campaign 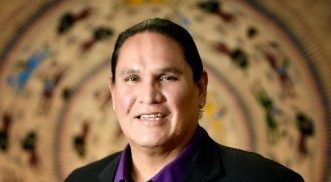 “We are pleased to announce that the National Indian Gaming Association will be joining the AGA’s Coalition on Sports Betting, which will enable us to coordinate with and provide feedback to the AGA with regard to tribal gaming concerns as the Coalition advances its policy objectives,” said Ernie Stevens, Jr., Chairman of NIGA. “Of chief concern to NIGA is to ensure that tribal interests are protected, particularly avoidance of any negative impacts on existing compacts and exclusivity clauses. As one of the key stakeholders in these discussions we want to ensure that if legalized, our members have the opportunity to offer this activity as part of their overall entertainment package and as an additional source of revenue for Tribal Government Gaming to promote tribal economic development, tribal self-sufficiency and strong tribal government.”

“We have a window of opportunity to get this done and the National Indian Gaming Association is critical to making it happen,” said Geoff Freeman, president and CEO of AGA. “Tribal engagement will help to move the needle forward and as the industry further unites, we will be able to end the failing ban on sports betting and allow our industry to grow.”

In addition, the GQR results show that Americans are much more likely to watch, engage with and talk about sports when they bet on games. Further, the research concluded that a majority of Americans, regardless of education, income level, political party affiliation and geographical region, want to end the federal ban on sports betting.