US – Penn National Gaming’s CFO announces plans to step down 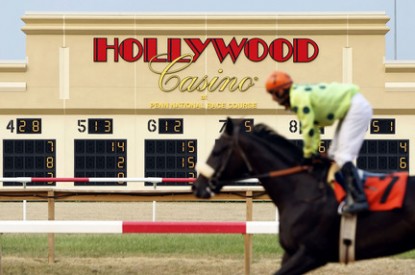 Penn National Gaming has announced that William J. Fair, will be stepping down as Executive Vice President and Chief Financial Officer at the conclusion of his current employment contract term, which expires March 31 2020.

Mr. Fair, who has served in his current role as CFO since 2017, joined Penn National in 2014 as Senior Vice President and Chief Development Officer. Mr. Fair has agreed to stay with the company through the end of the first quarter 2020, which will allow time for the company to conduct a formal search for his successor and ensure a seamless transition of his responsibilities.

Penn National’s Chief Executive Officer, Timothy Wilmott, commented: “We want to express our sincere gratitude to BJ for his many contributions to Penn National’s success during what has been a transformational period for our Company. Over the last five years, BJ has played a significant role in overseeing and structuring the financing strategies for our major growth initiatives, which include our recently completed acquisition of Pinnacle Entertainment, the ongoing development of our two new Pennsylvania properties, and the launch of our sports betting and iGaming platforms. In addition, during BJ’s tenure, he oversaw the construction of Plainridge Park Casino and helped lead our efforts to acquire Tropicana Las Vegas, Margaritaville Resort Casino Bossier City, and most recently Greektown Casino Hotel. On behalf of the Board of Directors and everyone at Penn National, we wish BJ the very best in his future endeavors and thank him for ensuring that his transition will be managed seamlessly and efficiently.”

“I am proud of the significant milestones achieved during my time at Penn National and have thoroughly enjoyed being part of the best team in the gaming industry,” said BJ Fair. “This was a very difficult decision, but the timing was right in terms of my expiring contract, and it enables me to focus on some recent personal family issues,” according to Mr. Fair. “I look forward to working with my successor to facilitate a smooth handover and remain confident in Penn National’s continued success.