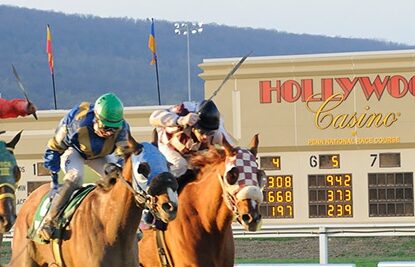 US operator Penn National has dropped its legal action over the launch of Pennsylvania’s mini-casinos, which it says will eat into the profits of its Hollywood Casino at Penn National Race Course near Grantville.

Penn, who has won the right to operate its own Category 4 casino in York and a second between Lancaster and Reading, believed the location of its Hollywood Casino would mean it would be more negatively affected by the new casinos than any of its rivals.

Penn National spokesman Eric Schippers said: “While we continue to believe in the merits of our arguments, we have chosen to focus entirely on our development efforts for our two new casinos, rather than pursue what is likely to be a lengthy and costly legal battle.

“As previously stated, our goal in pursuing our Cat4 licenses is both defensive, in terms of protecting our existing investment at Hollywood Casino from new competition, and offensive in terms of penetrating more deeply into more populous market areas to our south and east, in order to drive incremental value for our shareholders.”