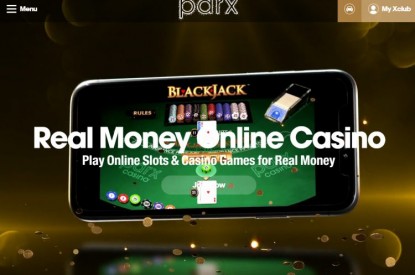 Pennsylvania’s online and retail sportsbooks slowed to less than $575m in wagers in April, but the expected post-NCAA Tournament dip was met with a higher win percentage and impressive year-over-year gains. Meanwhile, online casinos extended a torrid pace that has put Pennsylvania ahead of New Jersey as the nation’s largest market, according to PlayPennsylvania.com, which tracks the state’s gaming industry.

“Without football or a major sports betting holiday like the opening rounds of the NCAA tournament, sportsbooks inevitably lose steam through the summer,” said Katie Kohler, lead analyst for PlayPennsylvania.com. “If there is a concern for the industry, though, it’s that troubles in the greater economy will push customers to slow their spending. It’s something every business has to watch closely over the next few months, especially for online casinos and sportsbooks that have known nothing but growth.”

Without the NFL or the NCAA Tournament, sportsbooks inevitably hit a seasonal ebb that begins in April and lasts through August. And the pace of wagering should continue to slow as the NBA and NHL Playoffs wind down.

“The NBA Playoffs, the Final Four, and the first month of baseball gave just enough inventory with general interest to keep bettors engaged in April,” said Dustin Gouker, lead analyst at PlayUSA.com, which includes PlayPennsylvania.com. “But sportsbooks won’t be so lucky going forward with the Penguins and Sixers eliminated, and the Pirates and Phillies off to slow starts.”

Online sportsbooks attracted $536.1m in wagers, or 93.6 per cent of the state’s April handle. FanDuel topped the online market with $226.6m in wagers and $28.4m in revenue. DraftKings followed with $119.1m in online wagers, producing $5.3m in gross revenue.

Retail sportsbooks took in $36.7m in wagers in April, which produced $3m in gross revenue. Parx led all retailers with $5.7m in wagers.

“With the NBA playoffs, baseball, and major golf tournaments the main attractions, sportsbooks now enter the slow season,” Gouker said. “But the last six months have produced a significant leap forward, with wagering that never really fell below $600m. Better yet, the industry can look forward to a football season this year that should bring even bigger numbers.”

“Even with lower volume, wagers such as baseball parlay betting and major golf tournaments can be enormously profitable for sportsbooks,” Gouker said. “The focus for sportsbooks changes, too. Football season is an opportunity to reach a broader audience, and most operators aggressively promote to acquire new customers. During the warmer months, sportsbooks get creative in finding ways to keep bettors engaged.”

Online casinos and poker rooms continued to fare exceedingly well in April, leading all U.S. markets with $138m in gross revenue. That is the second-most all-time for the state, falling short of the U.S. record $142.7m in gross gaming revenue produced in March. And it was just ahead of New Jersey’s $136.9m in April.

Year-over-year, online casinos and poker rooms grew 30.8 per cent from $105.5m in April 2021. The pace at online casinos and poker rooms hit $4.6m in revenue per day over the 30 days of April, essentially even with the 31 days of March. April’s win led to $113.1m in taxable revenue after $24.9m in promotional spending. That yielded $47.2m in state taxes and local assessments.

“The growth of online casinos has been relentless since the beginning of the pandemic, when it would have been a stretch to think that Pennsylvania would overtake New Jersey as the nation’s largest market” Kohler said. “The vertical will likely be resilient in the face of economic challenges, even if it isn’t immune.”