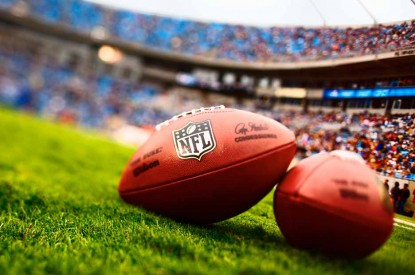 Pennsylvania’s sports betting sector, including online and retail sportsbooks, slowed to less than $600m in wagering in February, an expected post-football hangover leading to the state’s lowest monthly handle since September. Meanwhile, a short month kept online casinos from reaching another monthly revenue record despite setting a state high for revenue per day.

“The Super Bowl is the most bet-on single game in the US, but it can’t alone replace a full schedule of football games,” said Dustin Gouker, analyst for the PlayUSA.com Network, which includes PlayPennsylvania.com. “The lull in February is expected and always short-lived. March Madness should get sportsbooks back into record or near-record territory.”

Spurred by $68m in Super Bowl bets, Pennsylvania’s sportsbooks attracted $597.1m in wagers in February, according to official data released Thursday. That is up 17.2 per cent from $509.5m in February 2021. But February’s handle was the lowest since $578.8m in September, and down 24.8 per cent from the record $793.7m in wagers in January.

Super Bowl betting is vital to sportsbooks, and the heavy promotion for the game shows how operators view it as an opportunity. But even with the big game, there wasn’t enough betting inventory in February to extend a streak of four straight months of $750m in wagers or more.

“The Super Bowl is a prime opportunity for sportsbooks to expand their customer base, which is why they promote it so heavily,” said Katie Kohler, an analyst for PlayPennsylvania.com. “That took a significant bite out of tax revenue. But the industry is in excellent shape going forward, and poised for more growth.”

Online sportsbooks generated $558.1m, or 93.5 per cent of the state’s handle in February. FanDuel topped the state with $213.2m in wagers. Those bets yielded $6m in revenue for FanDuel.

“The biggest concern for sportsbooks was whether or not they’d lose a significant portion of the baseball season, which makes up a relatively small share of annual handle but is the main bets generator over the slow summer months,” Kohler said. “With the Phillies and Pirates now expected to play full schedules, sportsbooks can look forward to the first normal sports calendar since 2019.”

In the end, online casinos and poker rooms gained a record $4.4m in gross gaming revenue per day over the 28 days of February, up from $4.2m per day over the 31 days in January. February’s revenue created $102.4m in taxable revenue, which yielded $42.3m in state taxes and local assessments.

“Online casinos aren’t subject to the same seasonal shifts as sportsbooks, which is a major reason why it is such a better revenue generator,” Kohler said. “When states see the success of online casinos in states like Pennsylvania, it’s a wonder why we haven’t seen the same wave of legalization that we have seen with sports betting over the last few years.”

Online casino games alone produced $120.9m in revenue on $4.1bn in wagers. Poker generated $2.9m in revenue. PokerStars topped poker operators with $1.6m in revenue, despite being one of two operators in the state that crashed for an entire weekend.