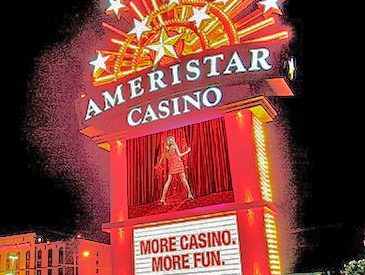 Pinnacle Entertainment announced has concluded its takeover of Ameristar Casinos for US$ 2.8bn adding eight properties to its estate which has doubled in size to 16 casinos in nine states.

The deal excludes the Ameristar Casino Lake Charles development project and Pinnacle’s Lumiere Place Casino and Hotels which are potentially being divested.

Anthony Sanfilippo, CEO of Pinnacle Entertainment, said: “We are delighted to announce the successful completion of this transaction marking a beginning to a merger of two dynamic companies that will be even better together. With this transaction, we have doubled the size of our company, the gaming and entertainment options for our guests, and career opportunities for our team members.”

Carlos Ruisanchez, President and CFO of Pinnacle Entertainment, added: “We are optimistic and excited about the benefits that this fortified platform will provide our combined Company, including lower risk through increased operational and financial diversification, as well as a lower cost of capital and benefits from synergies and efficiencies of scale. We expect the merger to be immediately accretive to our earnings and free cash flow, and plan to use this enhanced free cash flow stream to repay debt and reduce our leverage.”

The company has agreed to divest the Ameristar Casino Lake Charles development project and Lumiere Place Casino and Hotels in order to obtain Federal Trade Commission clearance to complete the merger and pursuant to a consent order accepted by the FTC for public comment on August 12, 2013. It expects to use the proceeds from these planned divestitures to repay term loans and reduce leverage.

Pinnacle has already entered into a definitive agreement to sell the Ameristar Casino Lake Charles development project to Golden Nugget. Under the terms of the agreement, Golden Nugget will pay total consideration equal to all cash expenditures on the development up until the date of closing, and the assumption of all outstanding payables related to the project at that time, less a us$ 37 million credit.

Golden Nugget will complete the development project following the closing of the transaction. Ameristar has previously disclosed that through June 30, 2013, it had invested total capital of us$ 213.9 million in the Lake Charles project, including the original purchase price, capital expenditures and escrow deposits. The Company expects to complete the divestiture of the Ameristar Casino Lake Charles development project by the end of 2013.

The company is in advanced discussions with potential buyers of Lumiere Place Casino and Hotels, and expects to enter into a definitive agreement for its divestiture in the third quarter of 2013. In the trailing 12-month period ended June 30, 2013, the net revenues and Adjusted EBITDA for Pinnacle’s St. Louis segment were us$ 387m and US$ 99m, respectively, with Lumiere Place Casino and Hotels comprising 49 per cent and 35 per cent of those segment results, respectively. There can be no assurance that an agreement will be entered into on attractive terms, or at all.

Mr. Sanfilippo concluded: “We now move forward in a collaborative manner with a clear focus on achieving a seamless integration, maximizing the synergies between these two complementary asset portfolios, and unlocking the value that is created by this much larger Company. Pinnacle is well positioned for a bright future, offering an even more efficient Company with sustainable long-term value for our stakeholders.”