US – Racinos accused of bluffing players 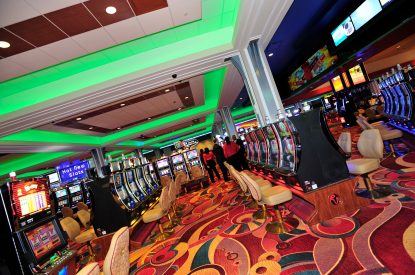 Video poker has a reputation among casino regulars as one of the best games for players in the know by incorporating an element of skill. But one casino analyst is claiming that’s not entirely true at racinos in New York, where he says the facilities aren’t broadcasting the difference.

Steve Bourie, author of the 2014 American Casino Guide, which is the number one best-selling book in the US on casino gambling and travel, said: “All New York racinos, are using bait and switch tactics on their video poker customers by not clearly explaining that the games they offer are not based on skill. Unlike slot machines, where no skill is involved, video poker games in almost all US gaming jurisdictions are based on skill. This means that there is always one best way to play your hand and a knowledgeable player, who knows how to play correctly, will achieve a higher return on a machine, in the long run, than someone who guesses as to how to play their hands.”

Mr. Bourie, who also has a YouTube channel at www.youtube.com/americancasinoguide where his “how to be a better gambler” videos have garnered more than 4m views, believes that the racinos are ‘especially deceptive’ in the pay tables that are shown on the machines.

“Many people know that a video poker machine’s theoretical payback percentage can be determined by simply looking at the paytable,” he claimed. “For example, a 9/6 Jacks or Better machine in Atlantic City, or Las Vegas, has a theoretical payback of 99.54 per cent when played with a maximum five-coin bet and using perfect strategy. Therefore, when a player sees that same paytable in a New York racino they would think it’s a good game to play. However, those paytables are irrelevant in New York racinos because no skill is involved and it’s actually more like playing a scratch-off lottery ticket where players are relying on pure luck in order to win.”

Other casinos can have video poker games where skill does not influence the outcome, but players can tell at a glance what kind of game they’re playing. Some Native American casinos have what are known as “Class II” video poker games, where the game is actually a form of electronic bingo and the cards on the screen are just a user-friendly interface. The outcome is determined by a bingo pattern drawn by a central server, not by player decisions. However, players can tell immediately if they’re playing a Class II game. In addition to the cards, there is a small bingo display on the screen, and players can watch bingo numbers as they’re drawn.

The New York racino machines have no tipoff like the bingo display, and an unwary player could be fooled into thinking their skill makes a difference just as it

does at non-bingo tribal video poker games and at commercial casinos in Atlantic City, Las Vegas, Mississippi, Illinois, Colorado and other American jurisdictions.

Mr. Bourie added: “All New York racinos should have signage on each video poker machine telling users that no skill is involved when playing these games. Otherwise, it’s very misleading.”