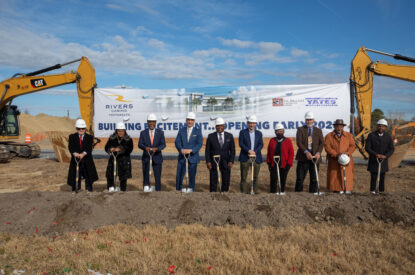 Rivers Casino Portsmouth, developed and operated by Rush Street Gaming, has hosted a groundbreaking ceremony to officially launch the construction of the new gaming and entertainment complex planned for Victory Boulevard. This $300m plus project will feature a casino, BetRivers Sportsbook, premier restaurants, a live entertainment lounge, hotel, and event center. Rivers Casino Portsmouth will open in early 2023.

“This is truly an exciting time for the citizens of Portsmouth — particularly as it relates to job growth and the overall economic vitality of our great city,” said Mayor Shannon Glover, City of Portsmouth. “We are pleased to also create new business opportunities and introduce an entirely new industry to Portsmouth. We remain confident that this project will enhance the vibrancy of our community.”

Rivers Casino Portsmouth will be Rush Street Gaming’s seventh ground-up casino development. Currently, the company operates full-service destination casinos in Illinois, Pennsylvania, and New York. All Rush Street Gaming casinos lead their markets, and each location has been voted a “Top Workplace” by its Team Members.

Rivers Casino Portsmouth brings 1,300 new permanent jobs and approximately 1,400 construction jobs to the area. The entertainment venue will also generate an estimated $16.3 million in new annual tax revenue for the City of Portsmouth.

Rush Street Gaming has a long and proud record of diversity, equity, and inclusion throughout all business operations nationwide. Rivers Casino Portsmouth will utilise local minority, women, and veteran-owned small businesses in every phase of its construction and operation.

“We are delighted to collaborate with Rush Street Gaming to develop this state-of-the-art entertainment venue in our hometown, and we look forward to working alongside a team of local contractors on this monumental project for the region,” said Justin Ballard, on behalf of S.B. Ballard-Yates. 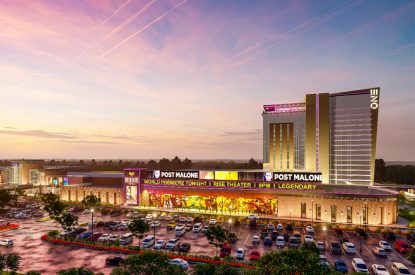 US – Urban One and Colonial Downs chosen for $600m Richmond casino