US – Sands earnings jump 31 per cent 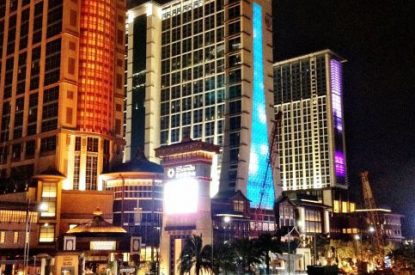 Las Vegas Sands recently reported its Q2 2014 earnings. The casino giant benefited from strong gaming volumes in Macau and reported a 22 per cent jump in Macau EBITDA to $801m. While rolling chip volume declined by 27 per cent in Singapore, EBITDA was up 18 per cent as compared to the prior year quarter.

Las Vegas Sands’ consolidated revenue increased by 12 per cent to $3.62bn and earnings per share jumped 31 per cent to $0.85 for the quarter. Sands Cotai Central was the star performer with revenues at the property rising 34 per cent and EBITDA up 70 per cent to $249m. The Cotai property is estimated to generate over $1bn of EBITDA in 2014.

The company’s gaming mix was 44 per cent for VIP and 56 per cent for non-VIP in a market with 60 per cent VIP and 40 per cent non-VIP gaming. Las Vegas Sands continues to witness strong growth at Venetian Macau and Sands Cotai Central. The Cotai property saw a 53 per cent jump in non-rolling chip drop and 0.62 points jump in rolling chip win percentage. This led to a 120 per cent surge in operating income for the property.

While Macau’s gaming revenues grew by five per cent in the second quarter, Sands China saw a 15 per cent jump in revenues to $2.38bn. However, VIP gaming saw some pressure as it declined by 20 per centin June as compared to May, primarily due to the rise in bets on the FIFA world cup matches. Average table revenue dropped from HK$801 to HK$775m per day after the World Cup kicked off, representing a decline of 3.3 per cent. Casino revenues for June dropped 3.7 per cent, amounting to $3.4bn. However, analysts predict that the market will pick up again in August.

During the same period Las Vegas Sands’ Singapore casino revenues increased by 10 per cent to $646m in the second quarter. However, rolling chip volume declined by 27 per cent. The decline in Singapore casino volume was on expected lines due to a sluggish economy and weak tourism data. Singapore’s economy contracted by 0.8 per cent during the second quarter as compared to 5.3 per cent growth in the prior year period.