US – SugarHouse Casino to change its name to Rivers Casino Philadelphia 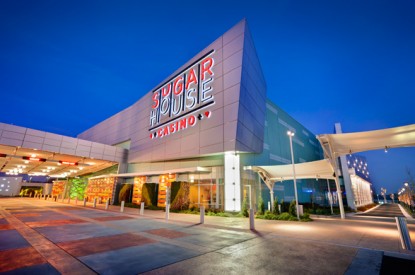 Philadelphia’s first casino is raising its game and changing its name. SugarHouse Casino, which opened on Delaware Avenue in 2010, will introduce a series of property upgrades later this year and rebrand as Rivers Casino Philadelphia.

Among the planned upgrades are a new state-of-the-art permanent sportsbook, a new signature restaurant, and an online casino experience that complements the brick-and-mortar operations. This rebranding represents a $15 million reinvestment in the property, and all changes to the facility will be completed by local companies and contractors. These additions, along with a $164 million expansion in 2016, will continue a property-wide transformation — culminating in a new name.

Rivers Casino Philadelphia will debut in Philly later this fall. With the advent of mobile sports betting and online gaming, having a seamless brand platform will enhance customer experiences throughout the Commonwealth and beyond.

“Since receiving our casino license in 2006, gaming in Pennsylvania has evolved tremendously,” said Greg Carlin, CEO of SugarHouse Casino and Rush Street Gaming. “Keeping pace with the changing landscape has been paramount to our success. Creating a unified brand is another example of how we’re anticipating and responding to the competitive market for gaming.”

Rush Street Gaming and its affiliates, which own and operate SugarHouse, currently have three other casinos in the U.S. operating under the Rivers Casino brand — Pittsburgh, Pennsylvania; Des Plaines, Illinois (Chicago area); and Schenectady, New York. All Rivers Casinos lead their markets.

Rebranding SugarHouse will enable regional and national marketing to promote one Rivers Casino brand across multiple markets and channels.

The Pennsylvania Gaming Control Board acknowledged SugarHouse’s plans to rebrand during the board’s regularly scheduled meeting on June 12, 2019. The physical transformation of the property will occur over the next several months, including signage, gaming pieces, Team Member uniforms and more.

The rebranding is great news for SugarHouse guests, who can expect a seamless transition, expanded players’ club benefits and a 360-degree, full-service gaming experience — land-based, mobile and online.

PlaySugarHouse.com will align with the Rivers brand later this year. The transition will also be seamless for online players.