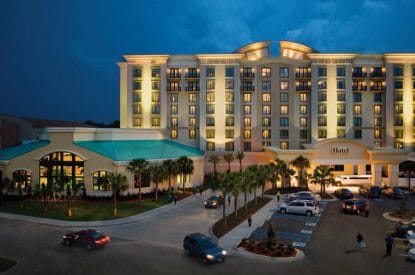 The Tunica-Biloxi Tribe of Louisiana has announced that it has formalised an agreement with a subsidiary of Mohegan Gaming & Entertainment (MGE), owned by the Mohegan Tribe of Connecticut, to serve as the operational partner for Paragon Casino Resort in Marksville, Louisiana. The five-year contract will enable MGE to take a larger role in the operations and management of Paragon.

The relationship with MGE began as a consulting agreement with the Tunica-Biloxi Tribe in May 2016. Since then, the Connecticut-based organization has provided gaming, hospitality and entertainment consulting services to Paragon and assisted with a full refresh of the brand and facilities. Improvements included new, Mississippi River-themed carpet throughout the gaming floor, additional slot machines, re-designed billboards and updated collateral. With the newly-signed agreement MGE’s subsidiary will manage all gaming, entertainment and hospitality of the casino resort.

“Paragon is a driving force in the local community and surrounding region,” said Tunica-Biloxi Chairman Marshall Pierite. “We are confident that our agreement with representatives of Mohegan Gaming & Entertainment will enable us to be a significant economic engine for the community and the Tunica Biloxi Nation for generations to come.”

“Soon after our Federal Recognition, we were motivated by Senators McCain and Inouye of the Senate Committee on Indian Affairs to ‘pay it forward’, and to use our good fortune to assist our brother and sister tribes across Indian Country,” said Kevin Brown “Red Eagle,” Chairman of the Mohegan Tribe. “This management agreement is us making good on the promise to do just that, and is an example of how we can work together to sustain our good fortune as we exercise our sovereignty. We are excited and honored to partner with the Tunica-Biloxi Tribe, and we are thankful to the NIGC for their favorable receipt of our proposal to manage the Paragon Casino in the Mohegan Way.”

“Paragon has been an economic driver in Avoyelles Parish for 24 years, providing jobs and entertainment to the community,” said Tunica-Biloxi Vice Chairman Marshall Ray Sampson, Sr. “We’re looking forward to expanding that reach and impact to our community.”

“Through our extended partnership with MGE, we hope to continue to enhance the Paragon experience for visitors and guests,” said Jody Madigan, General Manager of Paragon Casino Resort. “MGE has already assisted Paragon greatly over the past two years and we look forward to a bright future with their increased involvement.”

Opened in 1994, the Paragon has both adult and family-friendly entertainment options with an impressive lineup of luxury amenities and attractions including a hotel with more than 500 rooms, full-service spa and salon, 18-hole golf course with a fully stocked pro-shop and grillroom, indoor tropical pool with a swim-up bar, a soaring retail atrium with three shops, a “living” bayou and alligator encounters in the lobby and a three-screen cinema. Additionally, Paragon’s Atrium Bar is the region’s only ice bar and the resort boasts seven restaurants, a daiquiri bar and a full-service RV resort with 205 slips and 30 cabins. Entertainment is hosted weekly in its Mari Showroom and the facility offers over 75,000 square feet of meeting space for large events and groups.

MGE is the owner, developer and/or manager of integrated resorts throughout the United States, including Connecticut, New Jersey, Washington, Pennsylvania and Northern Asia. Paragon Casino Resort is the first facility in Louisiana to be managed by MGE.