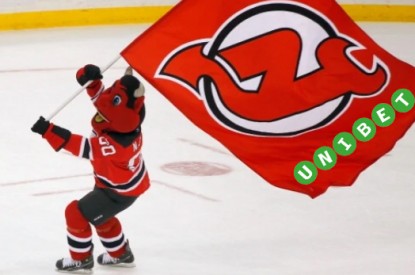 Hockey Hall of Famer Martin Brodeur – who spent 21 years defending the Devils’ goal and earned the most career wins in the sport – has been named Unibet’s Brand Ambassador to magnify Unibet’s presence in the New Jersey market. Through the marketing partnership, Unibet will receive significant in-arena and digital presence and Unibet customers will enjoy unmatched experiences and hospitality.

“New Jersey Devils fans are some of the most passionate and educated hockey fans in the world,” said New Jersey Devils legend and Executive Vice President of Business Development, Martin Brodeur. “The sportsbook app developed by Unibet offers dedicated Devils fans a really special, new way to engage with the game they love.”

“We are incredibly excited over our partnership with New Jersey’s beloved Devils, and especially over welcoming goaltending legend Martin Brodeur to our team,” said Arnas Janickas, Head of U.S. Marketing at Unibet. “Together with the Devils and Prudential Center, Unibet players will enjoy a greater entertainment and hospitality experience, and now with our newly launched Sportsbook in New Jersey we anticipate a long and successful partnership with the Devils.”

“Following the New Jersey Devils game in Sweden and Switzerland last October and the franchise’s position as a rapidly growing global brand, it was natural to partner with a sportsbook with a reputation as a trusted leader in the European and international sports betting ecosystem,” said Adam Davis, Chief Revenue Officer for Harris Blitzer Sports & Entertainment. “We look forward to connecting this esteemed international sportsbook with the passionate fans of New Jersey, providing one more avenue through which Devils fans can engage and with the most exciting team in the NHL this year. Unibet’s selection of Devil’s legend Martin Brodeur as their ambassador, is an indication of their marketing savvy, comprehensive awareness of the New Jersey sports market and desire to activate in a differentiated way.”

Unibet revealed its casino product to players in New Jersey in June 2019, marking the brand’s first step in the US, with a rollout in Pennsylvania planned for later this year, underscored by strong ambitions on further state-by-state expansion.

Unibet has served European and Australian players for more than 20 years having partnered with some of the world’s most renowned sports teams and athletes, including: Paris Saint-Germain F.C., Liverpool F.C., Valencia C.F., Ultimate Fighting Championship (UFC) and New York Rangers goalie Henrik Lundqvist. The partnership with the Devils marks Unibet’s first with a U.S. based professional sports team and its first significant investment in the US market.