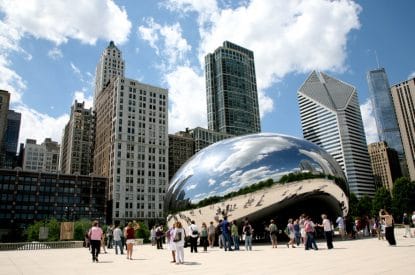 The Illinois Gaming Board has asked gaming analysts at Union Gaming to oversee a feasibility study for a casino in Chicago.

Union Gaming will present its study regarding the feasibility and ability to finance a casino in Chicago to Governor Pritzker and Chicago Mayor Lori Lightfoot in August.

The expansion will allow five casinos in the Chicago suburbs, as well as a much bigger integrated casino resort in the Chicago’s downtown area. The study will focus on the feasibility of the downtown development.

The Illinois board said: “Union Gaming Analytics was selected following a competitive bidding process compliant with the Illinois Procurement Code. The IGB received a total of three bids. Two of the bids were disqualified as untimely because they were received after the bidding process deadline had passed.”

He said: “The best way to ensure that a casino helps, rather than hurts, its host city is to put it in the middle of a hot entertainment district — entertainment meaning amusements other than gambling. Casinos aren’t a neighbourhood revitalisation tool. If you put a casino in some down-and-out location hoping to spark a revival, you’re kidding yourself. Casinos don’t bring vitality to an urban area. If carelessly designed, they can suck vitality out.”