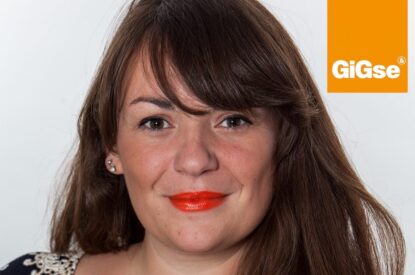 ‘Putting North American gambling, gaming and betting under the microscope’ is the theme of Clarion Gaming’s campaign in support of the 2018 edition of GiGse, which is taking place alongside Juegos Miami at The Biltmore Hotel, Miami, May 31 – June 1.

Attracting the support of organisations ranging from MGM Resorts to Mohegan Sun, Pechanga Resort and Casino to Penn National Gaming and Caesars to California Gambling Control Commission, GiGse has established itself as the networking, commercial and knowledge exchange event for gaming’s North American facing C-Level influencers.

Expanding on the central role played by GiGse and the advantages of co-locating with Juegos Miami, Sadie Walters, pictured, Conference Manager at Clarion Gaming, said: “Juegos Miami and GiGse are individual brands with two very distinct identities and remits. GiGse has been serving the interests of the American gambling, gaming and betting industry for over a decade and Juegos Miami, which was created at the request of stakeholders in Central, South and Latin America, as well as those in the Caribbean gaming industry, is looking south. Our objective is to create a fresh dynamic and one in which the two audiences are able to concentrate on their individual interests and topics, as well as take advantage of the powerful joint networking opportunities that are such an important part of the overall proposition.

“The GiGse agenda covers the contentious issues of the day, not least the shortage of scientific and entrepreneurial talent within the US gaming industry. There’s a real danger that the US, widely respected as the cradle of both technology and entrepreneurship, will face a domestic talent shortage when it comes to the development of gaming in the digital age. Specifically, the discussions will focus on the importance of encouraging and funding more start-ups, having an infrastructure that supports fledgling gaming enterprises and the process of attracting talented individuals from parallel industries.”

GiGse’s two-day programme will feature C-Level debates including the monetization of sports betting and an examination of the Tribal Gaming stance, the role of technology in growing the gaming industry outside of regulatory boundaries, the utilization of behavioural data in tracking players from mobile to the casino floor, personalization and artificial intelligence as methods of engaging with digital users, as well as a panel looking at the pace of online gambling regulation and consumer attitudes towards it. Key events taking place include the GiGse LaunchPad, where five start-ups will present in front of an investors panel with the eventual winners determined by the GiGse audience, and the Game Content Theatre where operators will be given the chance to experience new game content concepts.