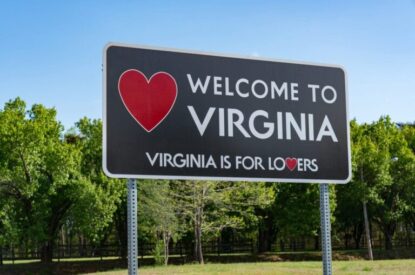 Virginia businessman and NASCAR great Hermie Sadler slammed Virginia legislative leaders who are working to harm small businesses and disregard their constitutional rights by inserting language at the eleventh hour into the latest proposed state budget that would ban legal skill games.

According to draft budget language released on May 29, a small handful of legislative leaders, working behind closed doors and with no public input, have inserted wording into the budget proposal that would radically alter the existing criminal code to ban skill games. This language is nearly identical to what was included in Senate Bill 971. That bill was part of a lawsuit Hermie brought against the Commonwealth.

The main argument raised in the Sadler Brothers Oil Company v. Virginia, et. al case was a constitutional free speech claim that the Commonwealth cannot ban skill games as it infringes on citizens’ first amendment rights. The facts and arguments made were so compelling, a judge issued a temporary restraining order on Dec. 6, 2021 — still in effect — allowing the play of skill games. Another court hearing is scheduled for November 2, 2022 while the injunction prohibiting the ban of certain skill games (that had been previously licensed by the Virginia ABC) remains in effect. During the 2022 regular session of the Virginia General Assembly, no attempt was made by the legislature to address the skill game issue while Sadler litigation is pending, and it has been nearly unheard of for the conferees of the state budget to insert brand-new legislation that has not been previously considered by both the State Senate and House of Delegates.

Hermie Sadler said, “Rather than follow the time-honored tradition of not interfering legislatively with issues pending before the judiciary, a few legislative leaders, working on behalf of big out-of-state casino lobbyists, have doubled down on attempting to restrict the constitutional rights of all Virginians. This totally circumvents the judicial process.

“This effort, shielded from the public’s view, is not surprising, but it is deeply disappointing coming from people who are supposed to support all Virginians,” Sadler continued. “Rather than allow legislators to vote on the merits of this issue, they have chosen to insert this unconstitutional language into an omnibus budget bill with hopes that they could quietly pass it alongside other critical funding initiatives.

“The reality is that the language is nearly identical to what passed in 2020 as part of SB 971. That language is still being challenged for violating the constitutional rights of Virginians. However, the facts and arguments already presented in court were so compelling, a judge has issued a temporary restraining order allowing the continued play of skill games in the commonwealth. That injunction is in place until the November court hearing.

“Further, it is insulting that a few legislative leaders have placed the needs of the big, out-of-state casino lobby over those of Virginia small businesses who depend on skill game revenue to pay their bills. This language is written in such a draconian manner, it bans Esports contests, and will put family fun centers, like Dave & Busters and other similar facilities, out of business.

We urge legislators to vote against this unconstitutional attempt to stifle the rights of Virginians. We also ask the legislature to consider the thousands of small businesses who will be unfairly harmed by passing this legislation,” Sadler concluded.

Sadler’s attorney, State Senator Bill Stanley (R-20), made the following statement: “What a select few legislators have done here is to force feed to the rest of the membership of the General Assembly a radical change to the criminal code that was not previously introduced as a stand-alone bill in the regular session, never debated by any committee, and never fully vetted by both chambers through the regular legislative process. Previous claims by the chairs of the money committees that ‘we do not legislate through the budget’ now ring hollow and are rendered untrue. Previous long held standards that ‘we do not legislate issues that are pending before our courts’ are now also meaningless due to the will of the few being exerted against the other elected officials in this legislative body. This new so-called ‘budget amendment’ further convolutes an already unconstitutional law, and it does nothing to protect legal gaming in the Commonwealth while rooting out the criminal element that comes with the illegal gambling that is now proliferating throughout Virginia. Quite frankly, this budget amendment is a jumbled mess of word spaghetti meant to placate the outside gambling and casino interests that seek to monopolize this emerging industry, while harming the small businesses of Virginia that are the backbone of our economy during these trying economic times. I expect that this new improper attempt to eliminate skill games will likewise find the same fate as their previous attempt did upon a review by the Courts at our trial this November,” Stanley concluded.