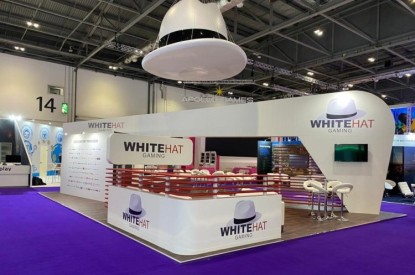 In partnership with Warner Bros. Discovery Global Themed Entertainment, White Hat Studios has unveiled its latest game release The Goonies, an adventure slot based on the cult classic 1985 film.

Launched on 1 December, The Goonies is a five-reel 20-line slot that reunites the famous gang and offers players a feature-rich experience. During the base gameplay, the skeleton key located on the righthand side of the reels randomly comes into play when it turns green and activates one of six modifiers.

These range from Chunk’s Truffle Shuffle that adds extra Wilds, to Data’s Colossal Symbol that stretches from reels one to three to enhance the win potential.

Furthermore, players who land at least three scatter symbols will gain entry to one of six bonus rounds. Spinning the wheel determines which round is activated, while there is an option for brave adventurers to gamble their way up the bonus ladder to the title’s big feature – One Eyed Willy’s Treasure.

iven the film’s familiarity and mass appeal in the US, White Hat Studios anticipates the game will be become one of the top-performing titles within its product portfolio.

Andy Whitworth, CEO at White Hat Studios, added: “We’re ecstatic to further enhance our USP of launching the biggest brands in the US market by releasing these games based on incredibly recognisable and beloved brands from Warner Bros. Discovery. You would need to look long and hard before finding a player that doesn’t have fond memories of classic movies like Goonies.

“Instantly recognisable brands, such as The Goonies, carry with them a huge amount of excitement for the growing US market, where evoking the sights and sounds of major movies and TV shows strengthens the acquisition of new players for casino and sports operators. We already have seven further Warner Bros. Discovery titles planned for launch in 2023!”