US – Witkoff and New Valley buy Fountainebleau for $600m 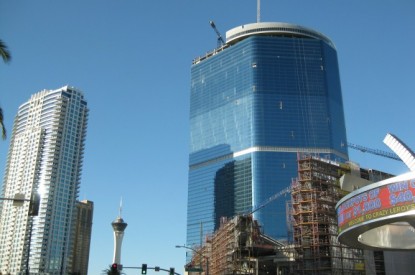 Billionaire investor and business magnate Carl Icahn has sold the uncompleted Fontainebleau in Las Vegas for more than four times what he bought it for seven years ago.

Witkoff, a global real estate development and investment firm, together with New Valley LLC, an investment company owned by Vector Group, have acquired what they said was a ‘significantly undervalued resort hotel’ located at 2755 Las Vegas Boulevard South in Las Vegas for $600m.

The acquisition, which the two purchasers said was ‘acquired at a substantial discount to replacement cost,’ forms a core part of Witkoff’s investment strategy and marks the company’s foray into the supply-constrained and fundamentally strong Las Vegas market. Witkoff spent four months conducting its due diligence on the resort and market prior to the acquisition, and has identified numerous ways to unlock the significant underlying value of the property to generate strong returns for its business and the Las Vegas community.

Steve Witkoff, Chairman and Chief Executive Officer of Witkoff, said: “2755 Las Vegas Boulevard South is one of the best physical assets in the country, which is one of the reasons we were attracted to it. Furthermore, the resort is ideally located on the Las Vegas Strip, directly across from the Las Vegas Convention Center, which is in the midst of a $1.4bn expansion and renovation. At the basis, we acquired a well-designed, structurally sound integrated resort at a significant discount to both replacement cost and the implied public market valuations of comparable Las Vegas Strip resorts. We look forward to applying our industry-leading value-enhancing platform to this property to unlock its true growth potential.”

Mr. Witkoff continued: “Las Vegas is one of the strongest lodging markets in the country given its highly favorable dynamics. RevPAR and EBITDA growth continue to accelerate and there has been no new supply since 2010.”

As Witkoff continues to expand its portfolio, the company will identify similar undervalued assets in high-barrier-to-entry growth markets with a multitude of demand generators that can be acquired at significant discounts to replacements costs.

Fontainebleau Las Vegas was conceptualised in May 2005 with the original plan being to open the resort by 2008 with 4,000 rooms. As the recession bit hard, the build was never completed and in a bankruptcy court in Florida in November 2009, it was bought by Mr. Icahn for US$156m. He outbid Penn National Gaming for control of Fontainebleau.