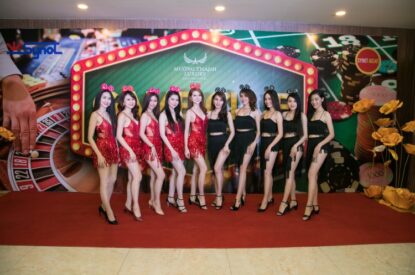 Czech-based SYNOT Group has strengthened its position in Asia with the founding of a new company in Ho Chi Minh, Vietnam, SYNOT SEA.

“The new company SYNOT SEA manages all our activities in Vietnam, where we have been active for approximately two years. Its very foundation is proof of the fact that we are really serious with our business activities here,” said Neofytos Neofytou, Managing Director of SYNOT International.

In Vietnam, the SYNOT Group began its operations at the end of 2015 when it opened its first casino. Today, three casinos are in operation with two further locations to open by the end of the year. Existing and newly built casinos will be exclusively equipped with SYNOT’s state-of-the-art game technology.

“We see a great potential for future growth within the Asian market. Our plan is to expand to other Southeast Asian countries. It also calls for the name of the new SYNOT South East Asia. We do not want to confine ourselves to the lottery business only. As we have said before, our plan is to engage in the same way as in other countries where we operate, including tourism, IT and sports support activities,” added Miroslav Valenta jr., Sales Director of the SYNOT Group.