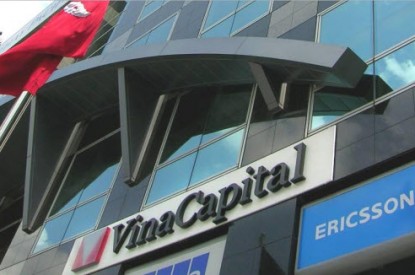 Construction on what will be Vietnam’s second biggest casino will get underway on April 23 in Hoi An in the central Quang Nam Province.

VinaCapital recently teamed up with two Chinese firms: Chow Tai Fook from Hong Kong and Sun City from Macau to ensure that the $4bn Nam Hoi An Casino Resort would go ahead. The project fell into trouble when Genting pulled out of it in 2012. VinaCapital told said it would increase its investment in the project from 22.5 per cent to 32 per cent.

Do Xuan Dien, Head of the management board for the Chu Lai Open Economic Zone, confirmed the project would be Vietnam’s second largest casino resort after the Grand Ho Tram Strip. The first phase of the Nam Hoi An project will cost $500m and should open in the first quarter of 2019.

Union Gaming analyst Grant Govertsen said: “There is probably no better local partner than VinaCapital. In a market like Vietnam, having a high-powered, well-connected, local partner is critical. This could be particularly instrumental in obtaining approval for locals gambling. The adjacent resort towns of Da Nang and Hoi An, are a playground for Vietnam’s wealthy with significant amounts of resort real estate development held primarily by Vietnamese. As a preferred vacation destination, along with easy access via airlift, a potential future ‘locals licence’ would likely capture a significant amount of domestic high-end play.”

Union Gaming said that Chow Tai Fook and Suncity bring access to the world’s deepest pool of gamblers given that Suncity is Macau’s number one junket by volume. The group said that new casinos in Asia targeting Asian VIP players ‘aren’t making the VIP story in Macau any rosier.’

Mr Govertsen added: “As has been witnessed recently in Saipan, Imperial Pacific generated US$6.1bn in rolling chip volume in first quarter 2016, which is north of what many casinos in Macau are generating these days. It is becoming apparent that select Asian casinos are putting a dent in Macau’s VIP story. Based on Imperial Pacific’s current run-rate, and assuming its volume represents play entirely ripped out of Macau, this alone would have a nearly 200 basis points negative impact on Macau’s GGR growth rate this year.”