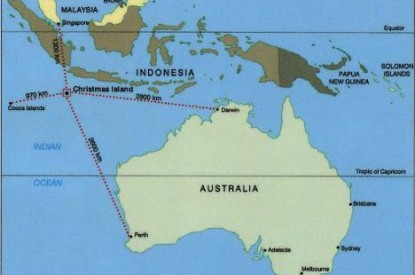 A parliamentary committee has suggested that the casino on Christmas Island, a small Australian territory in the Indian Ocean, 1,600km north-west of the Australian mainland, should be reopened to boost the island’s economy.

The Christmas Island casino and resort was a popular gambling destination for Indonesia’s wealthy elite in the mid 90s before closing in 1998.

The report stated: “The committee recommends that the Australian Government commit to facilitating the approval process to enable the reopening of the Christmas Island casino. Neither mining nor immigration-related activities will sustain the island’s economy indefinitely, and the casino has the potential to play a major role in transitioning the Christmas Island economy away from its traditional mainstays. While phosphate mining will continue for the next 20 years there is a need to diversify the economy as the detention centre activity declines.”

The resort’s owner Soft Star Managing Director David Kwon said the property could be re-opened as a casino at ‘relatively short notice.’

He said: “In recent times some $15m has been spent refurbishing the resort. During its previous operation between 1993 and 1998 the resort complex employed some 396 staff, of whom about one third were permanent residents of the island. I am advised that appropriate measures can be implemented by the Border Protection authorities and the Australian Federal Police to meet the highest standards of transparency and accountability in terms of the re-instatement of the casino operation. This proposal has received the support of the Christmas Island Council, local members of Parliament and the local community.”

General Secretary of the union of Christmas Island workers Gordon Thomson said 90 per cent of the island, were in support of the casino.

“The plan of the community has never been to rely on detention services by the economy that’s something that’s been imposed above us by the federal governments,” Mr Thomson said.”The shire of Christmas Island has supported consistently the reopening of the resort as a casino resort. If we were to see the decline of immigration department activity on the island, and therefore the decline of numbers of staff requiring housing at the resort, then the resort would be in very difficult circumstances financially. Having the resort restored to a casino resort would be most beneficial to our community, to our economy, to employment and sustainability of our economy.

“There is nothing sustainable about detention centre operations. The ups and downs that we’ve been through over more than a decade now has not been beneficial to the long-term economy of the island.”