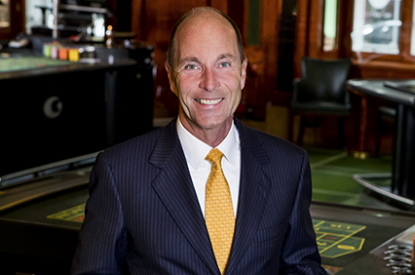 In a press conference on 25 April 2017, Mr. Stoss announced that he would not be seeking to extend his contract as Director General of Casinos Austria and Chairman of Austrian Lotteries when it expired at the end of 2017. Two weeks later, on 8 May 2017, the Personnel Committee at Casinos Austria AG presented its recommendation for the appointment of his successor.
In an extraordinary meeting of the Casinos Austria AG Supervisory Board chaired by its President, Walther Rothensteiner, the Board voted to appoint Alexander Labak to the Management Board as designated successor to Karl Stoss. Alexander Labak (born 1962) holds a degree in Business Studies and has extensive international experience above all in the financial services and insurance sector, most recently in London, UK. At the same time, he will be appointed to the Board of Austrian Lotteries with effect from 1 July 2017, where he will assume the role of Chairman.

“For the sake of continuity, it was important to us to appoint a successor as quickly as possible, and I am delighted with our excellent choice of Alexander Labak,” said Supervisory Board President Rothensteiner. Alexander Labak likewise expressed his delight with the decision: “Joining Casinos Austria as only the third Director General in the company’s 50-year history gives me a special responsibility when it comes to leading the company to continued and long-term success. The gaming industry is currently in a period of dynamic change, which brings with it opportunities, but also risks, for our companies. I am looking forward immensely to the new challenge and am confident that we as a strong team will be successful in all strategic areas of our business.”
Equally positive were the decisions of the Personnel Committee and the Supervisory Board regarding the pending extension of the contract with Director Dietmar Hoscher. His contract, which was also due to run out on 31 December 2017, has now been extended. “I am delighted to be able to carry on with my existing work and am certain that we will continue to write our company’s success story with Alexander Labak as new Director General,” said Hoscher.
Since Director Bettina Glatz-Kremsner’s contract runs until the end of 2019, the mandates of Alexander Labak and Dietmar Hoscher will be aligned to this date. Consequently, the Casinos Austria Management Board will be made up until 31 December 2019 of Alexander Labak as Director General and Bettina Glatz-Kremsner and Dietmar Hoscher as Directors. The Austrian Lotteries Management Board will be composed from 1 July 2017 of Alexander Labak as Chairman and Bettina Glatz-Kremsner as Director.