Colombia – Coljuegos moving ahead with plans to connect slots 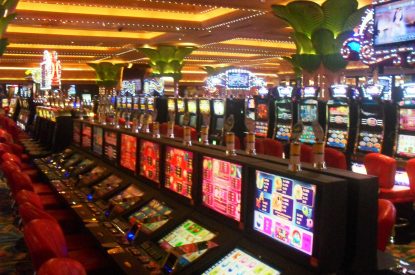 Colombia’s gaming control board Coljuegos is moving apace with its plans to connect all slot machines to a centrally controlled server.

The connection of all slot machines online was first considered in 2008 when Colombia changed its gaming laws and was then passed into law in 2010. However, Colombia is the only country in the region which has legislation which allows for online monitoring of slot machines but is yet to put the law into practice.

In March the gaming board published its findings as to how the industry would be monitored online and invited feedback from members of the industry. This was followed by a meeting in April when members of the board met discussed the issue with union officials and industry operators. During its latest meeting, held in Bogota held last week, Coljuegos detailed its latest findings and strategies when it comes to monitoring all slot machines online having taken these comments and suggestion into account.

The move is the latest in a number of significant changes to the gaming industry, which are being pushed forward by a new gaming board aimed at increasing gaming tax revenue for the health sector and eradicating illegal gaming. While it is estimated that illegal gaming still accounts for around 20 per cent of all bets made in Colombia the legal sector has continued to grow year on year.

The industry looks set to experience continued growth over the coming years. Earlier this year, Coljuegos granted local gaming company Corredor Empresarial S.A. the right to operate Pari-mutuel sports betting in Colombia. The company was awarded the highest score in the public tender process, and now how the right to offer Pari-mutuel sports betting on an exclusive basis for the next five years.

The online monitoring of slot machines will involve a total of 54 operators and 396 gaming operations in all. According to the schedule now set out, operators must have all gaming equipment connected to the centrally controlled server but will be allowed to connect their gaming equipment gradually over a period of 15 months. However, operators will have until September 2015 to demonstrate 100 per cent compliance with the new regulations.