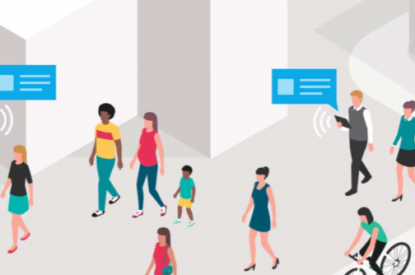 Suppliers wax lyrical about the importance of knowing and understanding players to develop games that appeal to specific demographics. It is said that a German player is not the same as a Colombian one therefore the content needs to be ‘localised’ to be successful.

G3 canvasses the opinions of Red Tiger, Wazdan, Lightning Box and OneTouch to gauge how developers localise their content and assess its relative importance to the success of a title.

What is a localised game?

Carl Ejlertsson: Some games are more popular in different localities for sure. Yet strong regional variation is usually influenced by the environment in which players first encounter games, as opposed to any cultural nuances.

For instance, online markets where players transition from a land-based casino experience – the US being an important case in point – often have a high prevalence of games that have been popular there as they provide reassuring familiarity.

Others, which have an active streaming community, often feature a lot of the high volatility games popular with those streamers. In the majority of cases, if a game is popular, it will be popular in most if not all markets. A principle we stand by in Red Tiger, therefore, is that a good game is a good game, and the best mechanics will have universal appeal.

Andrzej Hyla: A localised game is nominally a game designed specifically to appeal to players for that jurisdiction. However, this can take multiple forms. From simply having the game in local currencies and languages to in-depth themes centred around local festivals, the ‘localisation’ of a game can varies massively.

It’s important to make sure that your products are accessible to every player, that is why our games come in 23 languages and support all currencies as well as cryptocurrencies. However, as we take pride in creating content for players of all preferences, our localisation isn’t just limited to adding languages. Learning about market tastes allows us more insight to create games that will be enjoyed by players in that region.

Michael Maokhamphiou: As far as we’re concerned, a localised game is one that supports multiple languages and caters for a wide range of player demographics. We utilise our translation house All-in Global to do the translations which we then implement and test.

We ensure that all game strings and images can load in multiple languages with correct alignment and contextualisation. It is important as the online player base is diverse. You can’t assume everyone understands English, so its best we support the languages offered to players by the operator.

As for mechanics, features and design, however, these have a universal language of their own. It is the lingua franca of gameplay, whether you’re in London, Lima or Lagos. At the risk of sounding dismissive, therefore, I’d suggest localisation probably has its limitations in slot design.

Petra Maria Poola: A localised game is one that’s tailored to a specific geographical audience. This means much more than simply changing the language, and if you fail to get it right, then players (particularly those in younger age ranges) will smell the lack of authenticity from a mile away.

How do you localise games? Is it a case of offering an alternate language option or does it mean a wholesale shift in mechanics, features and design?

Michael: Knowing the player is everything in game design. It’s clearly true that what one enjoys will not necessarily float the boat of the next one. To a degree you see that on a country-by-country basis. A good example would be the popularity of Joker themes games and those with a retro Stepper mechanic in Norway.

We know these don’t have nearly as much appeal in other markets. However, we don’t really focus attention on creating specific games for specific markets. Rather than look for differences, we look for similarities. Mechanics and themes that have universal appeal are a far better revenue driver for our operator partners than ones that have narrower or more niche appeal.

It’s about understanding what keeps players engaged and coming back in their numbers, not about putting them in pigeonholes. Too much attempted localisation misses the point.

Petra: You must have a detailed understanding of what your audience wants. For instance, our sumo-themed hit Ganbaruto Battle appeals heavily to, amongst others, Estonian players, as it features a well-known wrestler from that country named Baruto Kaito.

However, although themes reflecting a local culture often work well, it can also transpire that a great game is a great game no matter where you play it. For example, our basketball-themed title MVP Hoops has proved a global hit, despite being based on a sport that is hugely popular in specific parts of the world, but barely known in others.

Carl: Clearly you need game rules in different languages and technical compliance varies, depending on where you are in the world. We also make our games deliberately light to compensate for variations in local download speeds. We may introduce certain cultural themes, but that isn’t to say those themes won’t appeal to players elsewhere too.

Mechanics, other than volatility mentioned above, do not tend to be so significant in regional variation and are probably subject to less change. Ultimately, what operators want are global hits with universal appeal, so the starting point has always to be the macro not the micro.

Andrzej: Knowing what is important in a market is the key and creating features or environments that reflect the player preference can be much more beneficial than merely adding more languages or currencies. That is why we created, for instance, 9 Tigers, 9 Lions or Butterfly Lovers, in which even the smallest details complement the Asia-related theme.

The same thing can be said about slots such as Los Muertos, centred around the Mexican holiday, or Valhalla, featuring elements of Norse mythology, among others. Creating market-specific content is the extreme of localisation, but when entering a market, this can be a huge differentiator, allowing suppliers to make a splash and immediately enticing their content to players.

It’s also worth noting that while some games are localised for a specific market, they may become a surprising hit among players in other parts of the world too, as in the case of our slots 9 Lions and Larry the Leprechaun.

Andrzej: Every player has a different taste, so entering all markets with the exact same content will see wildly varying results. Successful games in Latin America and the United Kingdom will be hugely different, so creating games that appeal to different players is vital.

Knowing target markets and finding key preferences is so important if games are to be a success with that region’s population. Still, we also want to make sure that every player can enjoy our games to the fullest, being able to use a currency or cryptocurrency of their choice, as well as having all buttons and announcements available in their native language.

With such a diverse world, localising games can be a fun exercise for development teams and seeing the success of hard work as localised content takes off can be extremely fulfilling, if done correctly.

Petra: Failing to localise a game can mean potential customers are not comfortable playing it. Worse still, it might not work at all – themes often need to be adapted to a local culture, but technical features may also need to be tweaked too.

A UI that works well in Latin America, for example, may not function as effectively in Europe, and US websites tend to look completely different to British ones. In this industry, you can only succeed by fully understanding what works best in the region you are targeting.

Carl: Localised content can be important in emerging online markets. It makes a lot of sense to take games that have been popular in the country’s land-based market and re-purpose them when an operator goes online.

That way you are taking players on a journey with familiar landmarks. Last year we had a big hit in Finland with Kulta-Jaska MegaWays which we created as an exclusive for Veikkaus, the state-run operator.

The original Kulta-Jaska was a hugely popular game with Finns. We were able to take it to the next level by adding the licensed Megaways mechanic. We didn’t start off by asking ourselves what Finns might like, we took an established success and improved it further. I think you could say that it is a pragmatic approach to localisation, rather than localisation for the sake of it.