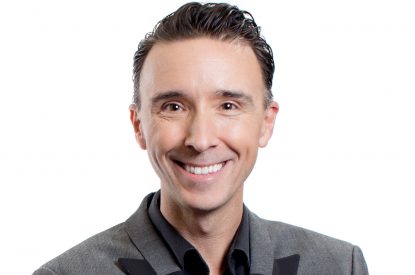 In September, Evolution’s Red Tiger launched NFT Megaways, a six-reel slot game set in a crypto pixelated world designed to be familiar to those who have followed the rise of NFTs. At the heart of the game are CryptoPunks 914, 3008, 4701 and 8143 – characters created by Larva Labs and now owned by Evolution.

Confused? Todd Haushalter, Chief Product Officer at Evolution, breaks down the game’s concept into an easily digestible format and sets out why it was so important to be the first past the post with an NFT integrated slot game.

What is NFT Megaways?

It is the world’s first slot featuring non-fungible tokens (NFTs) as part of the slot. This area of crypto assets is becoming an increasingly important part of society, and we wanted to have some fun and participate in the crypto community by creating a game that featured NFTs.

The particular NFTs that we purchased for use in this game are called CryptoPunks, which are the first NFTs on the Ethereum blockchain. They were incredibly expensive to purchase, but we wanted to do something totally authentic, and we also view ourselves as a company that is on the leading edge of the industry. We like to lead the industry into tomorrow.

What are non-fungible tokens (NFTS)?

Basically, NFTs are crypto assets. They are one- of-a-kind, non-interchangeable units of data that have unique identifying codes. The whole idea around them is to create a sense of scarcity; they can’t be exchanged, can’t be faked. You either own one or you don’t have one.

To be honest they can be almost anything digital – images, videos, music etc. But right now, the big thrill is around these types of digital art works, like these CryptoPunks. They’re becoming an increasingly popular way to trade on the Ethereum blockchain. The market for them is reaching new heights and it’s not showing signs of slowing down any time soon.

What was the inspiration to create the first slot to integrate these tokens?

We always want to lead the industry. That’s important to us. We also think it’s important to do fun stuff that players recognise. It’s hard to be heard in an industry with so many slot releases. So, I was sitting around with a friend, who was explaining to me a while ago about what NFTs are, how big they’re becoming, how this is the future etc., and he floated the idea of incorporating NFTs into a slot.

At which time I asked him ‘What are the best and biggest, most famous NFTs out there?’ That’s when I learned about the CryptoPunks. When I saw them, I just fell in love. I loved the pixelated style of the CryptoPunks, and it seemed just perfect for a slot.

Where do CryptoPunks fit in? What are they and how do they work?

There are 10,000 CryptoPunks. They’re a mixture of males and females – and even some aliens – wearing different costumes and outfits. It’s pixelated art and no two are alike. They were the original NFT on the Ethereum blockchain, and today they’re still probably the most famous NFTs in the world.

They’ve skyrocketed in value and the currently cheapest price for a CryptoPunk is around US$400,000 – the most expensive CryptoPunks have sold for $10m. We love the pixelated, old- school style of them, and we ended up building the entire game around this.

What were the most interesting elements from a design perspective utilising the CryptoPunks?

Well, the CryptoPunks are the central element of the game. There’s four of them in the game, and the way players will have big wins is almost entirely through the CryptoPunks. In the bonus there’s a mechanic where you collect CryptoPunks, just as you would in the real world – the more you collect them, the bigger the multipliers get and the more money you can make.

So, we made them the central element of the game in terms of how you make money, but then we went even further.

We wrapped the entire style of the game around these CryptoPunks by going with a pixelated video game style for the entire game – which players are just raving about.

What challenges did you face in pioneering a ‘first-of-its-kind’ game?

The first challenge was simply around publishing rights and trying to understand if we could feature the CryptoPunks by displaying them inside of a slot. This is a new area of the law, so when we purchased them, we weren’t sure what rights we had. But it turns out CryptoPunks are unique and that they can be publicly displayed with ownership.

Once that hurdle was crossed the rest of the challenges were around thinking deeply about: what is a CryptoPunk, what is an NFT, and what do they represent to players? A CryptoPunk is something you collect; it is something you hope goes up in value. It is fun, it is edgy. And it’s a little bit underground. It’s also a sort of meme, and so we wanted to really lean into this. The supporting symbols around the CryptoPunks that we used in the slot machine are all very meme driven.

Why you think other slot developers haven’t gone down this route before?

It’s a great question that you always ask when something is a first. And I suspect there are many other slot makers who are disappointed when they saw that we had launched this, because they were probably thinking about it and talking about it – but not quite acting on it. It’s just too juicy of an idea to think that we were the only ones that thought of it, but we were the first ones to execute on it.

One other reason someone might not have incorporated an NFT into a slot is simply financial. Even if you don’t go and buy hundreds of thousands of dollars’ worth of CryptoPunks for display, NFTs can still be fairly costly. And then there are questions around publishing rights. But like all ideas that turn out to be good, it seems obvious in hindsight that someone else should have done it first.

How does NFT Megaways’ gameplay tie in with the cryptocurrency theme?

The name of the game is (not literally, but you get the idea) ‘Get Punks Get Rich’ and that’s probably the way the community that engages with CryptoPunks thinks. They think of these as a financial asset that they hope goes up in value, and everybody wants a CryptoPunk. As I said, this is the original NFT and so in a world where NFTs are super-hot, CryptoPunks are the hottest of the hot.

You want CryptoPunks in your real life and you want them in the slot. Once you get one CryptoPunk, you want the CryptoPunk to have friends! In the game, getting two CryptoPunks isn’t just twice as good as one, it becomes exponentially better. We made that the core feature and functionality of the game and they are even featured in a different part of the slot to pull your eyes up to the CryptoPunk.

We’ve designed it so that almost all of the big wins are coming through CryptoPunks.

What are your expectations for NFT Megaways? What constitutes a success?

Getting it launched, being first and contributing to the slot community and to the crypto asset community was the goal. So, it’s already a success. Being first, blazing a path that others can follow, and contributing something new to the industry we love is by itself enough of a success. It’s still a relatively obscure subject but for the rest of days, the first ever slot to have featured an NFT in it will have been made by our team. And that has a lot of value – it’s good for Red Tiger who made the game, and it’s good for Evolution.

Obviously, we want the game to attract a lot of players and I think as NFTs grow in popularity, so will the success of the game. Most games have a short life, but this game is uniquely positioned to age like a fine wine and get better with time.

Is this a one-off? Do you plan on introducing more NFT titles in the future or is that dependent on the title’s success?

Well, it was incredibly important for us to be first. Do we need to be second, third and fourth? I’m not so sure. It is a bit tricky buying and publicly displaying NFTs from a legal perspective. We would love to but it’s not so straightforward. We can of course take unknown NFTs or even create our own NFTs, register them on the Ethereum blockchain and put them in the slot – but in these early days it really needs to be big branded NFTS, that are well-known, to generate the right kind of interest in the slot games.

Evolution: Is that your final answer?