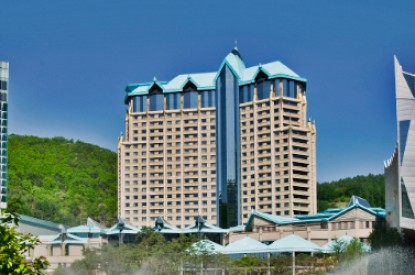 Morgan Stanley analyst Jay Lee said: “We are now at levels seen in 2014, with annual sales/net profit 17 per cent/27 per cent below our current 2017 estimates. We think key market concerns were around: regulatory uncertainties (losing monopoly license amid discussion on the second locals-open casino); and earnings momentum slowing.”

Morgan Stanley predicts an improvement but has dropped its full-year estimates, believing that GGR will come in at US$1.49bn for the year with non-gaming revenues coming in at $70.6m.

“We maintain our view on Kangwon Land to secure a monopoly licence by 2025,” Morgan Stanley added. “Slot machine upgrades planned in 2016 have been delayed to 2017, due to the domestic political situation (the administrative office associated with the ongoing political uncertainty is the regulatory authority of Kangwon Land, hence no progress was seen on strategy or plans in second-half 2016). Overall we reduce our revenue expectations due to delay in slot machine upgrades. As such, the growth momentum will return in second-half 2017.”