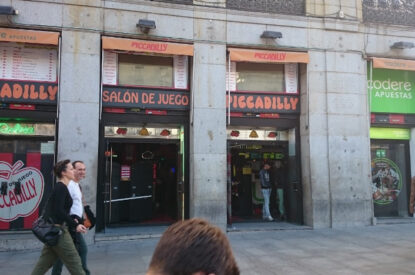 Despite the Governing Council of Madrid agreeing to a decree that will temporarily suspend the opening of any more gambling venues, President of the Community of Madrid, Isabel Díaz Ayuso, has confirmed that 22 new venues will open before the ban kicks in.

The suspension, which should be approved soon, will only last a year with the executive government using it as an opportunity to study the effects of gambling expansion on the community.

The gambling industry supports 15,000 jobs in Madrid. The 22 new venues are expected to open before the end of the year.
Gambling businesses in the region have increased by 125 per cent since 2014, with 678 facilities registered, including bingo halls, casinos and betting shops.

President Ayuso announced that the measure comes after detecting a “public health problem” due to the proliferation of gambling venues, of which “there are 678 in Madrid, a much higher average than in the country.”