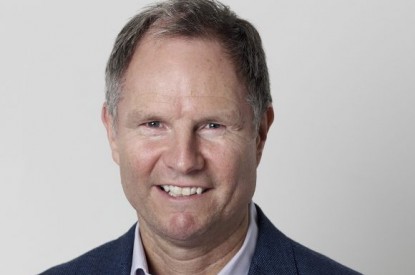 Every major developer, in any industry, has had its breakthrough product that gave the company the platform it needed to become one of the best. Released in 2019, Chicken Fox remains one of Lightning Box’s most popular games.

G3 discusses the legacy of Chicken Fox with Peter Causley, the studio’s CEO and co-founder, who tells us about the slot’s creation and influence on the developer’s subsequent success and roadmap of titles.

Prior to the launch of Chicken Fox, what were Lightning Box’s standout games?

Our most popular titles, in no particular order, were Stellar Jackpots-Chilli Gold2x, Silver Lion, Lightning Horseman, and Dolphin Gold. All were good solid performers and had gathered their own followers. But Chicken Fox had cut through in multiple demographics in different markets.

In terms of track record and notoriety, how does Chicken Fox compare with other Lightning Box titles? Why is Chicken Fox the tentpole game?

Good question. I guess we gauge these things in terms of commercial success at the end of the day. That’s what any product in any business is judged upon ultimately. I’m not sure we’ll ever know exactly why Chicken Fox has the universal appeal that it does.

Our educated guess would be that players are drawn to the cheeky characters and kept entertained by a great game mechanic. We just know that’s it’s the one players like the most across the US, Canada and the European markets.

Lightning Box was formed in 2004 with a vision to develop slot content for mature land-based gaming markets. How does Chicken Fox’s status as one of Lightning Box’s most successful ever titles reflect the studio’s journey over the last 17 years?

17 years – is it that long?! I could say it takes that long to become an overnight success, but we are still striving for that. All our games derive input from our designers’ experiences. We have a rich history starting off in land based and, in the past eleven years learning from online RMG and social casino.

Chicken Fox replicates that journey in that it takes a strong land-based mechanic, combines it with a cheeky social casino theme, and adds some online RMG volatility, along with a few other tweaks, to arrive at our big hit.

Chicken Fox is staged inside a cash-strewn hen house featuring a fox among the fowl with members of the yard filling the reels. What role did Chicken Fox’s quirkiness have in the slot’s popularity?

Quite a lot, I’d like to think. There are a lot of similar themes out there these days. I’m not criticising studios for that as they, like us, are trying to find well-trodden paths that people enjoy going down. But occasionally, as with Chicken Fox, it’s nice to try something different.

It’s instantly recognisable from childhood cartoons, whilst being different to other games on the market. That’s just about the holy grail in slot development: unfamiliar familiarity.

What was the inspiration behind Chicken Fox’s unique theme?

We wanted to create some fun characters with animals chasing one another around in an old-fashioned comedy caper. We also took inspiration from the Warner Brothers character Roadrunner and a million and one other cartoons we watched as kids.

Setting the cat among the pigeons – or a fox in a henhouse – is an age-old metaphor for causing a kerfuffle, which is what we wanted the game to achieve.

From an old goat to the apple-pie cooking farmer’s wife, Chicken Fox’s jovial setting has a dark twist. What role does the game’s comically dark theme play in the success of Chicken Fox?

I think it’s a big part of the appeal. If I was to get all pretentious about it, I could say it has a touch of George Orwell’s Animal Farm, with the animals taking over the farm. But it’s probably closer to a Tom and Jerry cartoon, with the slapstick nature of the presentation happily masking what could be a bit more sinister if we all thought about it for too long.

Many of our earliest memories revolve around farmyard animals. Its sometimes worth concentrating on a cartoon version of them rather the dwelling on the reality!

From a gameplay perspective, what differentiated Chicken Fox from other titles in the market?

The key differentiator is the bonus that doesn’t have classic wins in the free spins. Instead, it offers the chance for a fox to steel cash out from under the chickens. That’s the “ChickenFox”.

There is also a “double Fox”, who steals the cash twice of course! If the player hasn’t spun up the fox and chickens together, they can still get an “egg”, which delivers additional free spins and extends the bonus round fun.

The game was exclusively live with Kindred Group brand Unibet before general European release across Lightning Box’s network of operator partners. How was the game received during that exclusivity period? Did you have any inkling that the title would go to become one of Lightning Box’s best performing slots?

It started strongly and stayed strong, which is the mark of any good game. We do exclusive European releases with almost all of our games and it is a good way to get the backing of an operator, who will push it to their players. But that can also provide a false dawn if it is tried out and an initial spike gives way to a flat line, because people only tried it because it was put in front of them.

Fortunately, that doesn’t happen too often. It certainly didn’t happen with Chicken Fox. We had a great feeling that this was a good one and we’ve always been pleasantly surprised ever since – in an understated Aussie way, I hasten to add. We’re not ones for popping the champagne corks, more blowing the froth off a couple for us!

How quickly did Chicken Fox impact the market?

It wasn’t an overnight smash-hit. Few games are these days, to be truthful. But it grew very steadily in popularity and, most importantly, stayed popular. The players who found it, kept coming back to it.

Beyond an initial honeymoon period, many modern games burn brightly before fizzling out, particularly with so many new ones coming onto the market every week. Chicken Fox held its own and continues to do so, giving it an ongoing longevity. That’s very satisfying to all those involved in its design.

How important is having a standout title such as Chicken Fox within a developer’s games portfolio?

With over 200 suppliers in the European market, you need a must have game, just so you get a look in with new casinos. Then you need to back that up with a strong portfolio.

It can’t be the only one. Luckily for us, we have strong games not far behind like Lightning-Horseman, Silver Lion/Pride and Lightning-Leopard, as well as our Stellar Jackpots range. These games can provide a real core upon which to build the business.

Quantitively, how successful has Chicken Fox been for Lightning Box?

It’s been a strong game in Europe but has been really smashing it in the USA and Canada, where it typically sits in the Top 10 of established slot games. The beauty of it is that it’s doing well in all markets around the world and across different verticals too.

That universal quality is gold dust to any supplier like us and our operating partners. You just need to wind it up and let it go and you know people are going to play it.

How did the success of Chicken Fox shape Lightning Box’s subsequent roadmap of titles?

It did and it didn’t. When you have a successful game, the natural reaction is to try to replicate it each and every time. Sadly, you can’t. Nobody can, otherwise we’d all have retired to our own island in the Caribbean many years ago! I guess the trick is to try to properly analyse what made it successful and recreate some of those elements in the games that follow.

We were obviously able to create Chicken Fox5x Skillstar as a direct nod to the original, which we knew was more likely than not to be successful. But otherwise, it’s about trying to put your finger on the elements and features that made it popular, without simply skinning the game, which nobody wants. Continual incremental improvement as opposed to just simply cloning titles.

How much licence do you take in terms of iterating upon Chicken Fox?

It wasn’t so much about changing the game around. It was about adding the Fox5X and the Skillstar retro mini-game. The Skillstar game has no impact on the regular game RTP. It does give the player the exciting opportunity to become the day’s top scorer on the high score leaderboard.

With lots of people playing it, that adds another element that many players enjoy. It wasn’t so much about creating a Chicken Fox sequel, therefore. It was more about adding interesting features to the original.

What is the legacy of Chicken Fox?

I think more than anything it is a door-opener for Lightning Box. It is a game that we have become known for and operators appreciate that it will be successful in whichever market they choose to launch it. It has also introduced a new generation of players to our games who we might not have been reaching previously.

These players have tried other games of ours and the whole thing keeps rolling forward. Good games are a good game in their own right, but they open up other opportunities too.

What is the future for Chicken Fox?

Well, I wouldn’t want to give too much away, but there’s a reasonable chance there may be a prequel in the making! As any Hollywood film studio will tell you, the trick to producing a good prequel is taking the story back to its roots whilst retaining the popular elements of the original. We don’t want to do one for the sake of it, therefore, but watch this space.