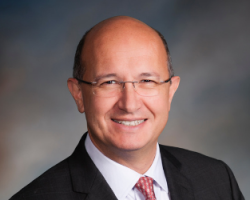 Every game developer has a tentpole game, a key title that put their name on the map, cut through the noise of game releases and established not only the game’s brand, but underpins the standing of the creator in the industry.

What was the background to the creation of China Shores? Where was Konami Gaming as a company when the game was launched?

Around approximately 2008, Konami Gaming began marketing China Shores on its K2V line of cabinets. It was just three years from when Konami Gaming opened doors to its Las Vegas headquarters and production facility, and eight years from when it officially became the first Japanese company to enter the world’s largest gaming machines market in the United States. The game was developed by Konami’s studio in Japan, by a long-time seasoned team whose influence is seen in many of the slot games in casinos today.

How important was China Shores in establishing Konami Gaming as a games developer and manufacturer in the US market?

China Shores was a defining moment in Konami Gaming’s history, and helped propel the company to nationwide, certainly even global—industry, attention.

Was Konami surprised by the popularity of the game, or did you have an inkling that it could be a hit?

By the time we brought China Shores to the new Podium cabinet in 2009, we knew it was going to take Konami Gaming to the next level as supplier. The name of the Podium cabinet reflected our company’s shared goal to become a top- level gaming supplier, propelled in part by the success of this incredibly high- performing title.

How would you summarise China’s Shore’s gameplay mechanic? And has it been a lightning in a bottle scenario – in which the right elements happened to come together in the right mix – or is it more formulaic than that?

Of the most popular games in history, all result from a mix of components. China Shores is no exception. It has a defining game name. It has a panda character with its own warmth and appeal. It has a yin yang trigger symbol that stands out across the spinning reels. It has Action Stacked Symbols that randomly fill each reel with the same random symbol, in exciting tall stacks. And it has incredible free game awards, with potential spins into the hundreds.

From a gameplay perspective, what differentiates China Shores from other games released during that period?

I think many would agree that as a brand, China Shores had a different look than other games of the time. China Shores communicated a sense of luck and fortune that was new. The art and animation suggest a calm, welcoming play environment; with fortune waiting to surface at any moment.

What was the international appeal of China Shores?

How important is the cabinet in the success of a theme like China Shores?

Hardware can influence the success of a theme, but ultimately the content must carry its own. For example, cabinet hardware that is reliable, sound, and engaging provides a canvas that will elevate the theme and help propel its performance. While cabinet hardware that is unstable or out-of-date can stunt an otherwise good theme from its full potential. The cabinet is a very important factor, but enduring performance is ultimately contingent on the strength of the theme.

Moving from the Advantage/Podium cabinets to Concerto and Dimension – how big a change was this for China Shores? How much has the theme changed as it’s iterated from a single screen game to multi-screen format on huge monitors?

Classic China Shores has been brought to every Konami platform since its initial K2V launch, for the simple reason that it remains a player favourite. When our casino customers invest in a new stacked screen core machine, they still want access to classic China Shores, and Konami has honoured that. Most recently for the launch of Konami’s DIMENSION 27, our developers pored over every detail of the original China Shores—down to the unique percentage of the Panda’s face that is covered by the China Shores logo.

China Shores has become a staple of Konami’s SeleXion multi-game – how integral is China Shores to the success of SeleXion?

For more than a decade, Konami’s SeleXion multi-game has demonstrated strong success for its ability to offer a mix of popular Konami slots on one machine. It first premiered on the Podium cabinet, and has since been extended to a wide variety of Konami cabinets including Podium Goliath, Concerto, KX 43, DIMENSION 27, and more.

China Shores has been a key contributing game to the success of SeleXion. But we’ve also observed high success for SeleXion beyond China Shores, for example with progressives like Smash Smash Festival, Treasure Ball, and Quick Strike, not to mention additional base games like Chili Chili Fire, African Diamond, and Solstice Celebration.

Konami iterated upon China Shores relatively quickly – adding a free-spin round that gave the player a choice of playing out the free spins or instead going for a random prize. How successful were these new versions and have these iterations helped extend the lifespan of China Shores?

Several of the iterations saw success. The addition of the Balance of Fortune feature—which allows players to trade their free games for a random credit prize—was essential just for the game to function practically with its free game awards potentially into the hundreds.

Some players don’t have time to play over 300 free games, especially if they have tickets to a concert, a spa appointment, important dinner reservations, or a departing plane flight. Balance of Fortune allows them to receive their award without delay, and the casino doesn’t have to be responsible for an unattended machine.

2 Symbols in 1 was also very successful. This iteration was originally an Xtra Reward feature, enabled by a 1.5x ante bet, and was later extended to portrait-screen editions of China Shores like China Shores Great Stacks and China Shores Boosted Great Stacks.

China Shores Great Stacks was a different spin on the theme, doubling the number of reel positions. How far can an original theme be pushed to incorporate new features – and do these appeal to new players or extend the brand with existing fans?

As with any type of entertainment—be it cinema, video games, or books—extension of slot brand IP can help introduce a popular favourite to new audiences, while also capturing the curiosity of long-time fans. We’ve seen this with China Shores, but also with other top Konami slots like Dragon’s Law. Some extensions are more successful than others.

I think the important thing is to be strategic about which nostalgic core elements will retain their integrity, and which new elements will provide significant differentiation. In the case of China Shores Great Stacks, we retained the potential for high-volume free games, but offered a new reel format and additional Balance of Fortune options. The response from players was good, and China Shores Great Stacks continues to be one of our best games on the Concerto portrait screen cabinets.

What did China Shores Quad Spin add to the brand?

China Shores Quad Spin is one of the debut games available on Konami’s new DIMENSION 27 stacked screen cabinet. It features classic China Shores on four individual sets of spinning reel frames, all on one screen. Whenever free games are won on any of the reel frames, the remaining reel frames go dim, so players can relax and enjoy their earned free games. Casinos can even activate a two-level standalone progressive jackpots overtop the base game, for even more win potential. Additional Quad Spin series are also available, like African Diamond Quad Spin and Mayan Chief Quad Spin.

Is there a limit to the changes that can be made to a game before the essence of the original game is lost?

Yes, it’s important to retain some core elements, to honour the integrity of the brand.

China Shores has made the transition to an online slot game – what has been the reception to the theme in this format – and is this a new audience playing the game – or is it that land-based players are now playing online with familiar brands?

China Shores is one of our most recognised game titles available online. Certainly, there is strong recognition for the game due to its land-based success, and emerging online platforms allow China Shores to reach even larger audiences.

The China Shores theme is over a decade old and still going strong – what gives a theme such legs?

When players have good experiences on a game, they come back to it. Even if they do not win every time, players return to China Shores because they uniquely enjoy its entertainment. It’s for this same reason that Konami continues to see demand for China Shores and continues to send the game to casino locations around the globe.

Why is China Shores synonymous with the Konami brand in the US? And has another Konami title managed to surpass China Shores in terms of player appeal and longevity?

China Shores was the first slot that propelled Konami Gaming to players across hundreds of jurisdictions, spanning a depth of casino sectors. However, we’ve celebrated many other top titles since. Games like African Diamond, Solstice Celebration, and Chili Chili Fire are often celebrated for longevity. And more recently, All Aboard stands out for its huge player appeal.