The Graveyard of Ambition: Opening a successful casino 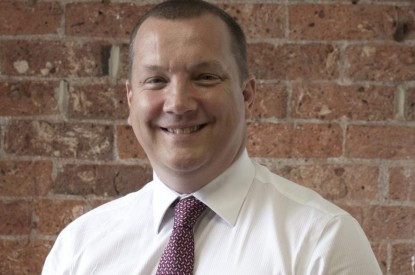 History is littered with the empty shells of doomed casinos opened in the wrong place, under the wrong laws, by the wrong people or with the wrong décor or wrong marketing. Casino Consultant, Paul Sculpher, asks why?

Getting the right blend of ingredients for a successful casino can be as complex as crafting a fancy cocktail at an upscale wine bar, or it can be as simple as opening a barrel of beer at a party and letting everyone pile in until they can’t drink any more. That slightly tortured metaphor certainly highlights the first and most important factor for casino success – demand.

There’s more to assessing demand than just looking to see what casinos are in a certain region or legal jurisdiction. My own home market, UK casinos, would be a great example of a region where there’s more to demand than meets the eye – 32,000 FOBTs, low prize slots in every pub, arcades in every high street, working mens’ clubs, bingo, off track betting, the lottery and online all combine to soak up a lot of the base demand for gambling which, in some jurisdictions, can only be satisfied with a casino.

There have been horrific mistakes made by assuming that the way to determine viability for a casino is by just applying a demographic and spend model that works in one country to another country – ask Isle of Capri about their project in Coventry, which soaked up tens of millions of pounds, before being sold for a fraction of that amount.

Ok, so let’s say we’ve done our research into the wider demand for gambling, and we’re sure there’s a gap – or perhaps we are in a new jurisdiction (in which case we’ve probably had a to pay a huge amount for the right to be a new operator). What’s next?

Well, next step would be to assess the nature of the demand. Is it a relatively low number of high rollers, or vast numbers of grind action candidates, or a true blend of both?

Are we looking for tourist trade, local trade, or junket action? In some cases it’s a question of where’s going to be the easiest kill in terms of getting things rolling – Macau seemed to start aiming very much for the VIP trade for years before beginning to cater for a more mass market audience for example – but for most operations the answer is going to be to try to tune the offer to fit what’s needed long term.

My view, certainly in the UK market, is that it’s necessary to welcome all levels of player. In the UK, specifically outside London, the better players tend to be happy to be in with the main mass of players, perhaps due a will to “be seen”. There are very few truly successful private gaming rooms in the provincial UK casino market – only one springs to mind – and it’s another part of recognizing that local market tendencies are more important than “it worked over here, why wouldn’t it work over there”.

Again, every market is different – unless you’ve the unimaginable luxury of being first to market in a particular region, in which case you can somewhat dictate the casino culture – and even then your trade is bound to be coming from a place where they have certain expectations.

The overall design is affected by a bunch of factors – for a tiny example, one or two overseas operators have built their UK casinos with two cash desks, only to find (with total predictability, from my perspective) that the cost and availability of cashiers in the market precludes even the vaguest idea of opening a second cash desk, ever, and the customers need to go and find the one desk that is open. Those kinds of errors might not seem huge, but the cost of fitting out a second cage, and the opportunity cost of the space foregone, adds up with other misjudgments to tip the balance.

Décor is more subjective, but again, what’s de rigueur in one jurisdiction may not “feel” right in another. The level of opulence in some places may be best set to “as posh as we can afford”, but in more locally driven environments, too much bling will just make the punters feel that the place isn’t for the likes of them, and go down the road to something a bit more in keeping with their expectations.

Knowing both what’s accepted practice and what’s required by local laws is key in staffing, hiring and firing decisions. It’s certainly fair to say that one of the benefits a new operator in an existing jurisdiction can offer is a more up to date approach to HR matters, but it’s a minefield. A US operator used to “at will” contracts will get a horrendous surprise if trying to fire a tenured manager in the UK without good reason and due process, and at the more apparently trivial end, even regularity of breaks for dealers can blow up into a huge issue if too much change is pushed through too fast.

Not every country is a buyer’s market for staff – with Brexit coming soon (at time of writing) in the UK, getting skilled staff is hard enough, and about to get a whole lot harder, so it’s a foolish operator who tries to call the shots too stridently. If they do, all their staff may either head off to a competitor, or given the state of the general casino pay grades, decide to leave for a different trade altogether that doesn’t involve tough hours and tougher customers.

The approach to marketing is always an important one, or so it might seem. Even the apparently simple question of a launch event isn’t clear cut – I’ve managed an opening process where the doors were simply opened one Friday, with no fanfare, advertising or marketing whatsoever, and with a proposition located centrally enough, it worked.

The concept of a huge splash is always enticing, but of course it’s impossible to know the counterfactual. What’s unquestionable is that a major marketing launch campaign costs a hell of a lot of money, and what’s also true is that the first step after a disappointing launch always seems to be to ramp up the marketing effort, but of course it’s key to measure incremental impact. My personal suspicion is that diminishing returns kick in some way before they’re generally recognised as such, and marketing spend, beyond some basic brand awareness work, should be very carefully monitored until the dynamics of the new business are better understood.

No set of focus groups and demographic information are ever going to be good enough on their own to correctly assess the market for a casino, but then again gut feel isn’t going to cut it either – several weeks ago I was approached by an individual who was interested in running a casino project in a small UK town “because he knows lots of rich people”. The blend of experience and quantitative input will always be key, and as long as that’s true, there’s a market for consultants like me!